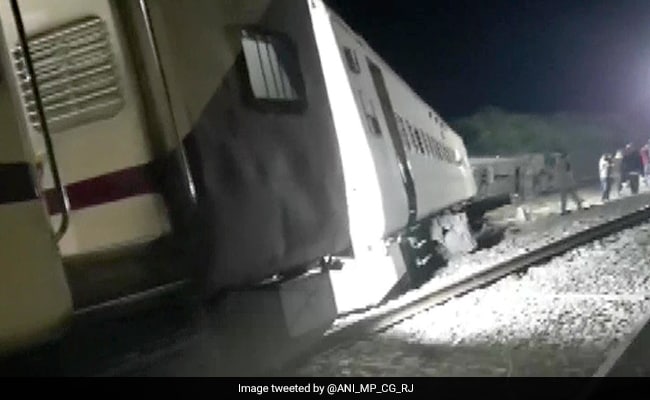 Originating from Bandra Terminus, the train was en route to Jodhpur.Pali, Rajasthan: Eight coaches of Suryanagari Express derailed near Pali in Rajasthan in the early hours of Monday. The incident took place at 3:27 am between Rajkiawas-Bomadra section of Jodhpur division. Originating from Bandra Terminus, the train was en route to Jodhpur.According to North Western Railway, no casualty was reported. An accident relief train has been dispatched from Jodhpur by Railways.”Higher officials are expected to reach the spot soon. General Manager-North Western Railway and other high officials are monitoring the situation in the control room at the headquarters in Jaipur,” said the Chief Public Relations Officer.Further details awaited.(Except for the headline, this story has not been edited by NDTV staff and is published from a syndicated feed.)Featured Video Of The DayHaryana Minister Quits Over Sex Harassment Case, Denies Charge