5 Of Family Killed In Pileup In Tamil Nadu: Police 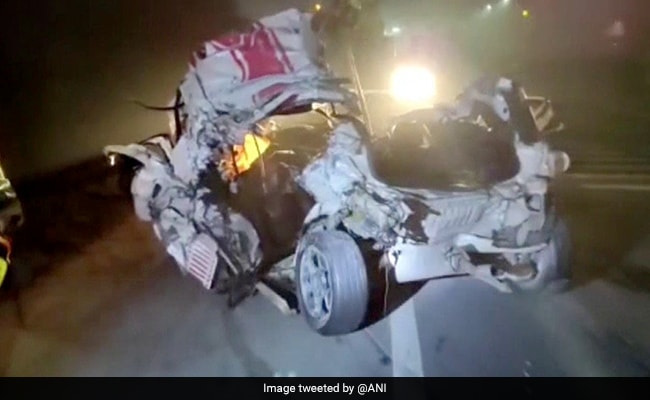 The dead members of the family are yet to be identified. (Cuddalore: Five of a family were killed in a six-vehicle pileup on the Trichy-Chennai National Highway in Tamil Nadu’s Cuddalore district early Tuesday, police said. The vehicles in the pileup were two private buses, two lorries, and two cars.The dead members of the family, who are yet to be identified, were in one of the cars, added the police.The bodies were recovered from the car with the help of Veppur fire services team and sent to a government hospital for post-mortem.”The dead could not be identified. But as per car registration book, the vehicle belonged to Chennai’s Nanganallur. Further investigation is underway,” according to the police.(Except for the headline, this story has not been edited by NDTV staff and is published from a syndicated feed.)Featured Video Of The DayNotes Ban Upheld: 5 Big Points From Supreme Court Verdict