UP Madrasas To Introduce NCERT Syllabus From This Year 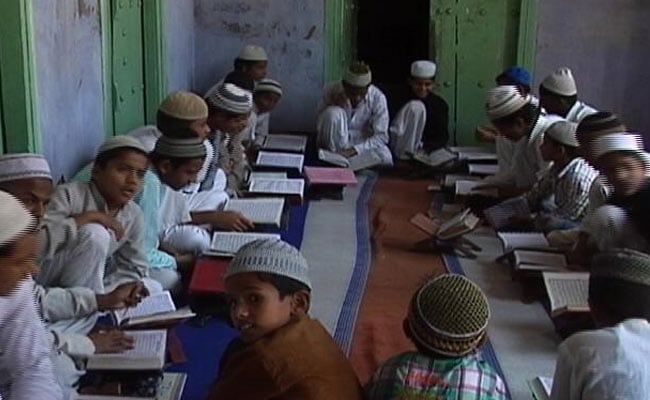 Madrasa Education Council Chairman said that Modern education will be given along UP Madarsas.New Delhi: Uttar Pradesh Board of Madrasas has started preparations to provide modern education along with religious instruction, said Iftikhar Ahmed Javed, Madrasa Education Council Chairman on Monday.The Chairman said, “Madrassa children will also study the NCERT (National Council of Educational Research and Training) syllabus this year. Modern education will be given along with religious education.”In the new academic year, the focus of UP Madrasas will be more on ‘modern’ education.Iftikhar Ahmed Javed said, “Now Madrasa children will be able to study Computers, Maths, Science.”The new syllabus for Madrasas will be released in March.”Pre-Primary classes such as KG, LKG and UKG studies will start from March,” said the Chairman.(Except for the headline, this story has not been edited by NDTV staff and is published from a syndicated feed.)Featured Video Of The DayChild Dead In Blast In Jammu Near Site Of Terror Attack That Killed 4