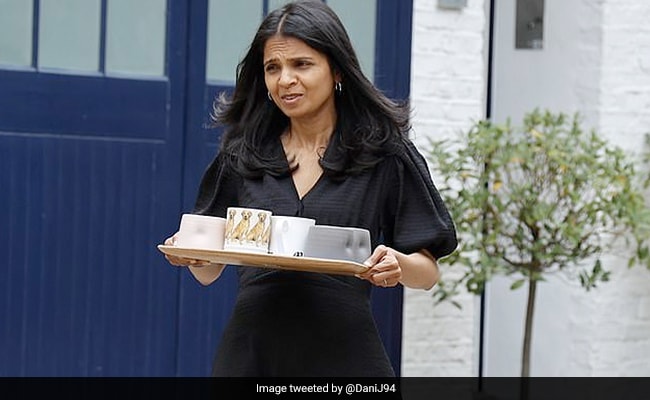 The February issue of the magazine Tatler will feature a profile on Akshata Murty. (File)London: Akshata Murty, the Indian wife of Rishi Sunak, plans to make 10 Downing Street a more accessible place during her tenure as UK First Lady and has offered a peek into the official residence of the British Prime Minister, according to a magazine feature released on Wednesday.The February issue of ‘Tatler’, which hits the stands next week, features Murty on its cover and profiles the former fashion designer and venture capitalist daughter of Infosys co-founder Narayana Murthy and author Sudha Murty.In ‘No. 10’s Chatelaine: Inside the Secret World of Mrs. Sunak’, it goes behind the scenes with those involved in the flat’s refurbishment as well as close friends and associates who have been given Murty’s go-ahead to share some details of life at one of the world’s famous addresses.”There will be a different vibe now,” a friend tells the magazine, with reference to Murty’s plans to move away from the more closed style of her predecessor – Boris Johnson’s wife Carrie Johnson.”Akshata is putting her stamp on that and is rolling out plans for more events and meetings. She wants to open up the staterooms as much as possible so that the public gets to understand the building’s history and significance. She is keen to celebrate the stories of Britain through Downing Street – whether the visitors are heads of state or members of the public,” the friend is quoted as saying.Challis Interiors in Richmond, Yorkshire, was chosen by the Sunaks, both 42, after the work the upholsterers did on their constituency home in northern England.They were drafted in to fix up the flat above No. 10 Downing Street when Rishi Sunak was still chancellor and the family of four – including daughters Krishna, 11, and Anoushka, 9 – used that as their home.When Britain got its first Indian-origin Prime Minister in October, the family decided to move back into the same flat – in a break from the trend since the 1990s when prime ministers used the larger flat above No. 11 Downing Street as their residence.The magazine notes: “If alarm bells are ringing, given the Johnsons’ opulent refurbishment at No. 11 – and their record of finding inventive ways to fund it – rest assured, all of this was paid for by the Sunaks, at a very substantial, undisclosed cost.”It’s almost as if the ambitious chancellor guessed he might return to Downing Street one day.” Murty is said to have commissioned exquisite fabrics for the flat, which is “far less glitz” than that associated with the Johnsons’ now-infamous ostentatious redecoration “We made long, fully interlined curtains for all five windows overlooking the garden, hand-pleated and held back with heavy coordinating tassels in red, gold, and the ivory of the damask,” interior designer John Challis tells the magazine.”The ornate cornicing was hand-gilded, as it would have been originally, and a rug was commissioned to almost fill the room. Akshata was very involved and keen to see how things are made. She is also not afraid of getting stuck in and helping either,” he said.The profile, which pegs millionaire Murty as striking a balance between thrift and luxury, traces her flair for numbers to her school days at Baldwin Girls’ High School in Bangalore and goes on to highlight her Ivy League education.It adds: “Her final call was Stanford in 2004, for an MBA to gold-plate her CV. It was also where she met her future husband.”(Except for the headline, this story has not been edited by NDTV staff and is published from a syndicated feed.)Featured Video Of The DayExclusive: India’s Covid Panel Chief On Hybrid Immunity, China Variants Threat