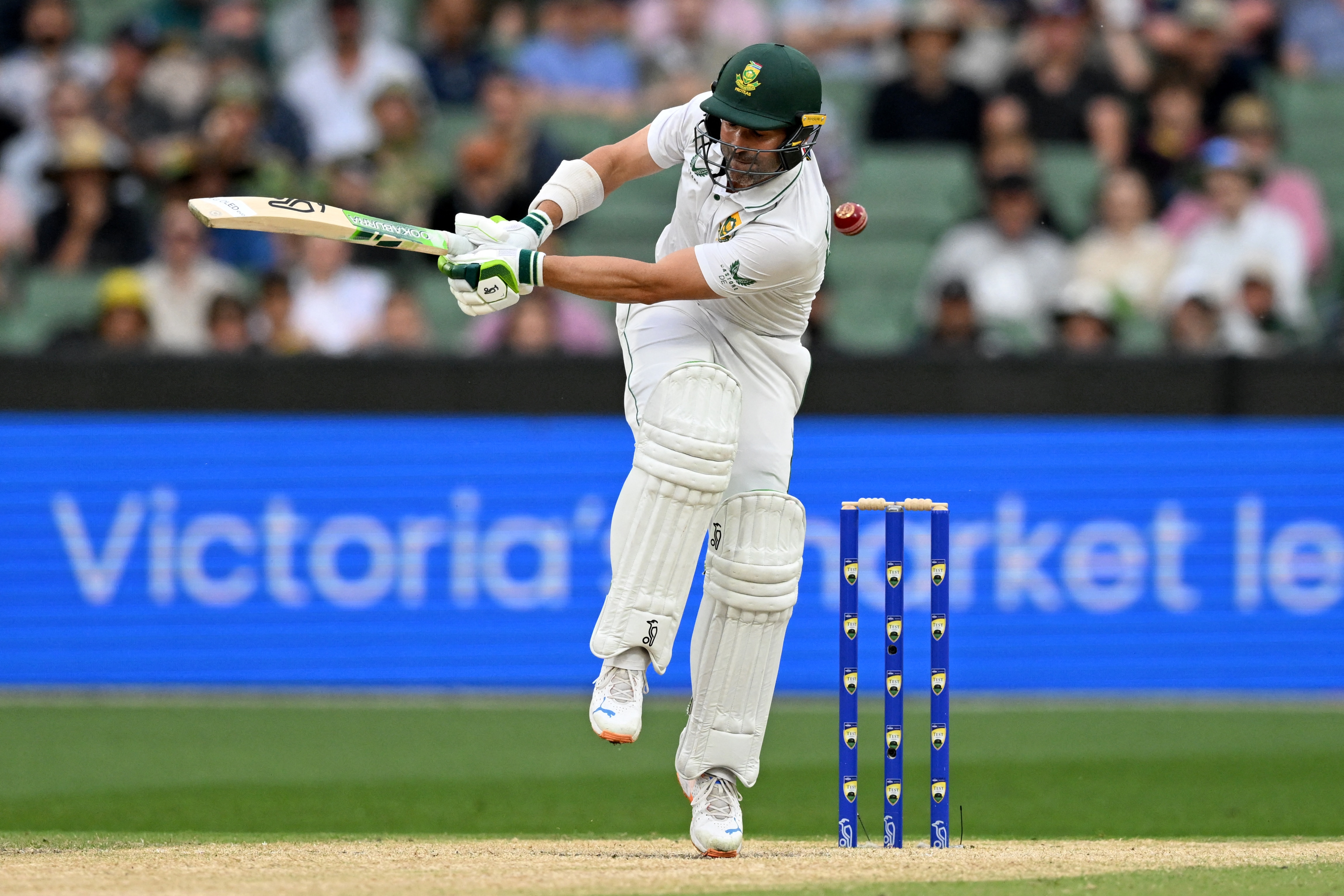 Australia defeated South Africa in the second Test© AFPSouth Africa captain Dean Elgar was critical of his team’s performance against Australia in the Boxing Day Test and called the inning defeat a “Hammering” from the hosts. David Warner, Cameron Green and Nathan Lyon were the stars for Australia, helping their side crush a helpless South Africa by an innings and 182 runs in the second Test of the three-match series at the iconic Melbourne Cricket Ground (MCG) on Thursday. With this, Australia took an unassailable 2-0 lead in the series. The series win is the first for the Aussie team against Proteas at home since 2005/06.The Proteas skipper mentioned that the team took a beating in the second Test and has a lot to reflect on going ahead.”It is not easy at the moment. That was a bit of a hammering. We have got to do a lot of reflection going ahead once again. There are a few positives coming out of this Test but not a lot,” expressed the skipper.Elgar highlighted the inexperience of the team with the bat as the prime reason for the side’s poor performances in the recent past. He remarked that the team had a great batting line-up in the past and the current crop of batters needs to put their hands up to cement their place in the team.”The inexperience with the bat in hand, we lost a lot of batters in the last few years and that has played a role. But that also gave an opportunity for the newcomers to come out, perform and stake a permanent claim in this batting group,” said the left-hander.However, the skipper was hopeful of a turnaround in the third test scheduled to be played in Sydney.Describing the loss he said, “It is definitely hurting us at the moment. There’s a lot to play for (in Sydney), South Africa are a proud cricketing nation and 2-1 sounds a lot better than 3-0.”(This story has not been edited by NDTV staff and is auto-generated from a syndicated feed.)Featured Video Of The DayVideo: Messi’s Argentina Arrive Back In Buenos Aires After FIFA WC TriumphTopics mentioned in this article

Australia To Replace Queen Elizabeth’s Image On Its Banknote