Indian Cricket In 2022: A Saga Of Forgettable Year | Cricket News 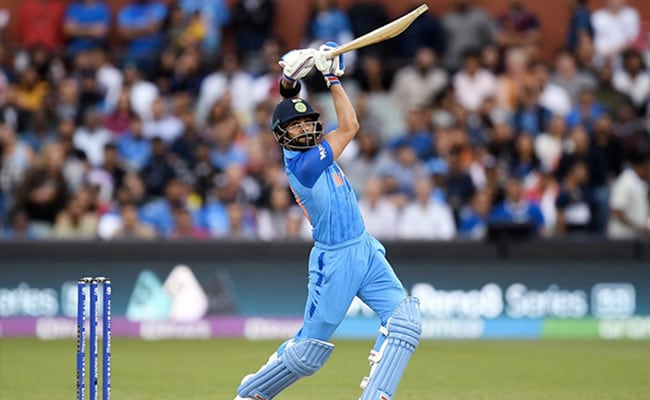 Virat Kohli’s artistic sixes against Pakistan united fans from Kashmir to Kanyakumari in an otherwise underwhelming year for Indian cricket, which started with a promise of transformation but ended with the commencement of another difficult transition period. Indian cricket in 2022 was chaotic, to say the least and messy at most of the time both on and off the field. The only saving grace was a Rs 48,000 crore IPL media rights deal, an indication of what market forces aspire the cricketing ecosystem to be. But on the field, it was a saga of disappointing results at least for the men.It started with a Test series defeat in South Africa which led to a dejected Virat Kohli stepping down from captaincy in the longest format.His relationship with the BCCI bigwigs was a fractured one after being sacked from ODI captaincy and he wanted to leave on his own terms.It happened in January and as the year comes to an end, Kohli’s illustrious heir Rohit Sharma too finds himself shunted from the national T20 captaincy.In an expected change of guard, Hardik Pandya emerged as a new leader of the national T20 team as Rohit paid the price for another semi-final exit in the T20 World Cup following defeat against England.In fact, it is the England team, which across formats is changing the grammar of cricket with an amazingly aggressive approach known as ‘Bazball’, a name, which is set to attain a cult status in years to come along with the golden generation of English players led by Ben Stokes and Jos Buttler.They played cricket in such an entertaining style that the Indian team’s “ideas cupboard” seemed bare in comparison.The Indian team looked good during bilaterals but came a cropper at the global events. No one knows when the trend will be bucked.Some of the bilateral series lacked context and hence Virat Kohli’s 71st and 72nd international hundreds in dead rubbers versus Afghanistan (T20) and Bangladesh (ODI) didn’t have a lot of currency.While Kohli’s straight six off Haris Rauf and his 82-run knock will forever remain a poetic nostalgia, the archaic approach of India’s senior batters, including that of skipper Rohit and KL Rahul, stuck out like a sore thumb during the T20 World Cup.It also didn’t go unnoticed that head coach Rahul Dravid’s decision-making has left a lot to be desired.From rushing a half-fit Jasprit Bumrah for a T20 series against Australia that aggravated his lower-back stress fracture, to not thinking of using wrist spinner Yuzvendra Chahal at the global event and dropping a performer like left-arm wrist spinner Kuldeep Yadav from a Test after a match-winning show, Dravid could never actually convince anyone that he is a shrewd tactician.In the case of Rohit, his dip in batting form also became an issue although he was the only one among the top three who had tried changing his game as per the needs of modern-day white-ball cricket.KL Rahul was the most disappointing of the lot and by the end of the year, it became clear that the Chetan Sharma-led panel’s wish of seeing a potential national leader in him had crash landed as he lost his T20 vice captaincy to Suryakumar Yadav and ODI deputy’s role to Hardik Pandya.Shreyas Iyer’s consistent run in Tests and ODIs, Rishabh Pant emerging as the current team’s most prolific Test match game changer and Jammu’s tearaway quick Umran Malik entering collective conscience were some of the positive signs.Shubman Gill realising his potential at the highest level and Ishan Kishan giving a glimpse of his phenomenal talent was also a good sign, looking forward.The year also marked the end of international careers of Ishant Sharma and Wriddhiman Saha, two workmanlike players, who had served the national team with distinction before being told that their time is up and Indian cricket is moving past them.Ditto for Shikhar Dhawan, a prolific ODI player, who has now been shown the exit door. At 37, another comeback doesn’t seem imminent.Chetan Sharma’s selection committee, that showed lack of foresight, was sacked by the BCCI after the team’s poor show in the T20 World Cup.However, in 2023, Chetan may be seen working as a selector, this time possibly under a well-known seamer from Karnataka, if he is not reappointed as chairman once again.In women’s cricket, Mithali Raj and Jhulan Goswami, who set a bench mark in the women’s game and earned respect for the national team on the international stage ended their respective glorious journeys.While there are a number of batters who could fill Mithali’s void, finding Jhulan’s replacement will be difficult if the performance of the team under Harmanpreet Kaur is an indication.Save Renuka Singh Thakur, none of the other players has looked ready for international cricket and a testimony to that is Shikha Pandey’s return to international cricket after 15 months.The removal of Ramesh Powar, once again due to differences with the team’s star senior player, left a sour taste in the mouth.At the administrative level, former captain Sourav Ganguly’s tenure in the BCCI ended in acrimonious circumstances despite the Supreme Court allowing him an extension in the role of President.The new chief Roger Binny, in his two months in office, has remained more of a “quiet contributor” according to BCCI insiders.Come 2023, the 1983 World Cup hero, would perhaps need to make more tangible off-field contributions so that the class of 2023 can sing in unison “It’s coming Home.”(This story has not been edited by NDTV staff and is auto-generated from a syndicated feed.)Featured Video Of The DaySachin Tendulkar, Wife Anjali Spotted At AkinaTopics mentioned in this article