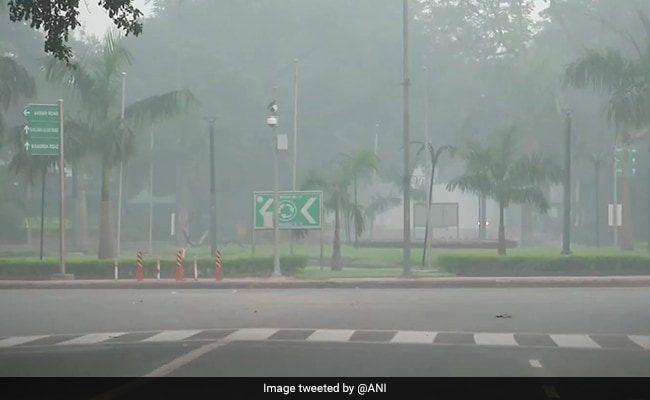 Delhi’s 24-hour average Air Quality Index stood at 399 on Friday.New Delhi: The Delhi government will decide on December 31 whether a ban should be imposed on using BS-III petrol and BS-IV diesel four-wheelers in the national capital, a senior Transport Department official said on Friday.This came shortly after the sub-committee on the Graded Response Action Plan (GRAP) directed authorities in Delhi-NCR to invoke curbs under Stage III of the anti-pollution plan with immediate effect.The sub-committee, at a review meeting, noted that the Air Quality Index (AQI) is likely to slip into the ‘severe’ category due to calm winds and stable atmospheric conditions.Delhi’s 24-hour average AQI stood at 399 on Friday.An AQI between 201 and 300 is considered ‘poor’, 301 and 400 ‘very poor’, and 401 and 500 ‘severe’.”We will review whether a ban (on plying of BS-III petrol and BS-IV diesel four-wheelers in Delhi) needs to be imposed on Saturday,” the Transport Department official said.GRAP is a set of anti-air pollution measures followed in the capital and its vicinity according to the severity of the situation.It classifies the air quality in Delhi-NCR under four different stages: Stage I – ‘Poor’ (AQI 201-300); Stage II – ‘Very Poor’ (AQI 301-400); Stage III – ‘Severe’ (AQI 401-450); and Stage IV – ‘Severe Plus’ (AQI>450).If the AQI is projected to reach the ‘Severe’ category, restrictive actions under Stage III are to be invoked at least three days in advance. These include a ban on non-essential construction and demolition and the closure of stone crushers and mining activities in the region.Non-polluting activities such as plumbing, carpentry, interior decoration, and electrical work are allowed.The next stage — ‘Severe Plus’ — includes steps like a ban on the entry of trucks into Delhi, allowing 50 per cent of staff to work from home in public, municipal and private offices, closure of educational institutions, and the plying of vehicles on an odd-even basis, etc.(Except for the headline, this story has not been edited by NDTV staff and is published from a syndicated feed.)Featured Video Of The DayPM Modi Pays Tribute To Mother At Gandhinagar Home