Cold Wave To Return In Delhi This Weekend 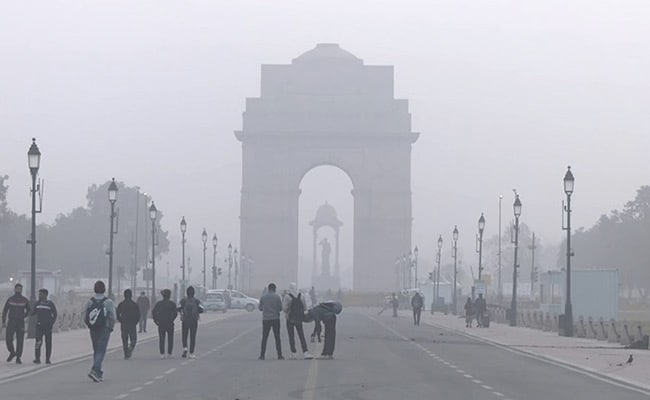 Shallow fog wrapped parts of the city in the morning, reducing visibility. (Representational)New Delhi: ‘Cold day’ conditions gripped Delhi on Tuesday as frosty winds from the Himalayas swept through the plains, according to India Meteorological Department.The maximum temperature dropped five notches below normal at many places in the national capital including Lodhi Road, Palam, Jafarpur and Mayur Vihar, the IMD said.Shallow fog wrapped parts of the city in the morning, reducing visibility and affecting vehicular movement.A layer of ‘dense’ to ‘very dense’ fog over the Indo-Gangetic plains and adjoining central and eastern parts of the country affected rail and air traffic.At least 21 trains to Delhi were delayed by one-and-a-half to five hours due to the foggy weather, an Indian Railways spokesperson said.An official at the Indira Gandhi International Airport here said five flights were diverted to Jaipur on Monday night due to bad weather in Delhi.”Due to fog and low cloud cover, severe cold day conditions were observed over Punjab, Haryana, Uttar Pradesh and Bihar. Cold day conditions were observed over some pockets of Delhi and isolated areas in Rajasthan and Madhya Pradesh,” an IMD official said.A ‘cold day’ is when the minimum temperature is less than or equal to 10 degrees Celsius below normal and the maximum temperature is at least 4.5 degrees Celsius below normal. A ‘severe cold day’ is when the maximum temperature is 6.5 degrees Celsius or more below normal.The Safdarjung observatory, Delhi’s primary weather station, recorded a minimum temperature of 8.5 degrees Celsius — a notch above normal.The maximum temperature in the national capital settled at 16.1 degrees Celsius, a departure of three degrees from normal.’Moderate’ to ‘dense’ fog is predicted in Delhi for the next two days. Coldwave conditions are set to return on the weekend and the mercury may drop to 4 degrees Celsius, the IMD said.It said ‘dense’ to ‘very dense’ fog and ‘cold day’ conditions are very likely to continue over northwest India during the next four to five days.”Coldwave conditions are likely to continue over northwest India during the next three days,” it said, adding that some relief is expected thereafter.According to the IMD, ‘very dense’ fog is when visibility is between 0 and 50 metres, 51 and 200 metres is ‘dense’, 201 and 500 metres ‘moderate’, and 501 and 1,000 metres ‘shallow’.In the plains, the weather office declares a cold wave if the minimum temperature dips to four degrees Celsius or is 10 degrees Celsius or below and 4.5 notches below normal.A severe cold wave is when the minimum temperature dips to 2 degrees Celsius or the departure from normal is more than 6.4 degrees Celsius.The 24-hour average Air Quality Index (AQI) of the national capital was recorded at 385 at 4 pm.An AQI between 201 and 300 is considered ‘poor’, 301 and 400 ‘very poor’, and 401 and 500 ‘severe’.The Commission for Air Quality Management had on Monday said curbs under Stage III of the Graded Response Action Plan, including a ban on non-essential construction and demolition work, would remain in force in Delhi-NCR as pollution levels were showing an upward trend.(Except for the headline, this story has not been edited by NDTV staff and is published from a syndicated feed.)Featured Video Of The DayFrom Delhi Horror to Bengaluru Stabbing: Lip Service On Women’s Safety?