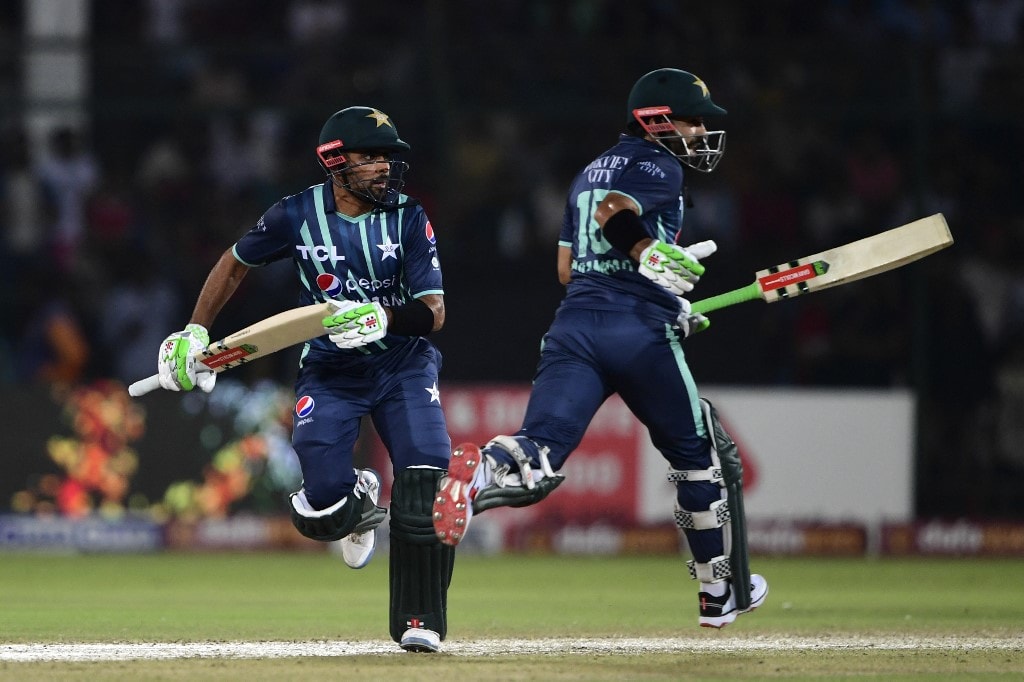 Pakistan cricket is undergoing a rapid change ever since Najam Sethi took over the charge as the chief selector of the Pakistan Cricket Board (PCB). The appointment of Shahid Afridi as the national selector came just days later and already a number of changes have been made in the team, including the high-profile return of Sarfaraz Ahmed. But, after Afridi announced that no batter will be considered for selection in the T20 team if his strike-rate is less than 135, Babar Azam and Mohammad Rizwan started to trend on social media.

During a chat on Samaa TV, Afridi said: “No batter will be selected in T20 for Pakistan who doesn’t have a strike rate of more than 135 in domestic cricket”. As soon as the comment surfaced on social media, fans started to ask what will happen with players like Babar Azam and Mohammad Rizwan who aren’t known for their strike-rate in the shortest format of the game.Here’s how fans reacted to Afridi’s comment:
In short, T20 aspirants need to be brainless power-hitters, as per Afridi modelNone of our current players except Shadab have a SR above 135. He has some 142+. Likewise, Babar, Rizwan have a SR of 126 and 127, respectively.The carrot-and-stick approach may not do well here. pic.twitter.com/eLgp1Edw1B
— azhar khan (@azharkhn4) January 2, 2023

“Players who do not have a strike-rate over 130-135 in domestic T20 competitions will not be considered for selection,” chief selector Shahid Afridi.Looks like plan to remove babar from team and clear route for son in law shaheen Afridi to take reins of pak t20 team
— omer (@CUMF0RTABLYNUMB) January 2, 2023

Ah !! Afridi mentioned domestic players ; else with this criteria on men’s int’l players => curtains for Babar , Rizwan and others T20I career. In fact apart from Afridi only Imran Nazir has >=500 T20I runs @ SR >=135.In 130-135 : One candidate Asif Ali
Others
— Pushkar Pushp (@ppushp7) January 2, 2023
It also has to be noted that whether the criteria will be applicable to existing members of the Pakistan T20 team or not, isn’t yet confirmed. In all likeliness, Afridi has set the requirement of a strike-rate of 130-135 for the emerging cricketers who are coming in from the domestic spectrum.As far as the strike-rate of Babar Azam and Mohammad Rizwan in T20Is is concerned, the former presently sits at 127.81, with 99 matches under his belt. The latter, on the other hand, has struck at 126.62 in 80 T20Is.

Featured Video Of The Day

Topics mentioned in this article