10 Weird Wars Where Nobody Died – Listverse

The potential of wars to wreak death and destruction surely places them among humanity’s worst traits. We all know the staggering cost to human life that the two World Wars and other devastating conflicts have wrought. However, not all of history’s wars have been violent. Here are ten surprising wars in which nobody died at all.

The Whisky War was a disagreement between Canada and Denmark that began in 1973 and finally ended in 2022. Yes, these two developed, progressive nations were at war in your lifetime, and you did not even know it!

Well, the dispute has been described as a “pseudo-conflict.” It centers around Hans Island, a tiny, resourceless, muffin-shaped island in the Arctic. Just 680 miles (1,094 kilometers) south of the North Pole, it has been uninhabited since the Inuits stopped using it as a hunting ground. So why the conflict?

In 1973, Canada and Denmark created a border halfway between Greenland (part of Denmark) and Canada, but they could not agree on who should have Hans Island, so they decided to leave the question for later. In the decades that followed, both countries engaged in flag-raising stunts and even promoted their cause with adverts on Google. That is not to say the military was not involved at all; the Danish military raised its flag on the island in 2002, and Canada’s defense minister visited in 2005.

So why the spirited name? It seems the name, however, comes from a bottle of Danish brandy left on the island by a minister, which was followed by a bottle of Canadian whisky. A series of tit-for-tat exchanges ensued over the decades until 2022 when both sides reached a peaceful agreement to divide the island.[1]

In 1995, Canada was also in conflict with Spain. This time, their militancy was motivated by something more mundane than a border dispute: fishing rights.

Advances in fishing technology, such as larger nets and refrigerated holds, made overfishing a real danger in the second half of the twentieth century. Measures had to be taken to protect valuable food sources, such as the North Atlantic Fisheries Organization setting quotas on allowable catches. The Canadians accused the Spanish and Portuguese of exceeding these quotas, particularly when fishing for turbot off the coast of Newfoundland. Hence the name of the war.

Surprisingly, this war was actually more aggressive than the Whisky War. On March 9, 1995, the Canadian Coast Guard opened fire on and captured a Spanish trawler, an act the EU Fisheries Commissioner described as “organized piracy.” No one was hurt, but the Canadians followed this by cutting the nets off a Portuguese ship and two more Spanish vessels in the same area. As hostilities increased, a Spanish warship was even sent to protect the country’s fishermen.

Luckily, just a few weeks later, on April 16, the EU, Canada, and Spain settled on an agreement and ended the dispute.[2]

The Turbot War was not the first episode of seafood-based enmity. In the 1960s, Brazil got into a bizarre dispute with France over the finer details of spiny lobsters, of all things.

The Geneva Convention granted nations the right to all resources, including animals, in constant physical contact with the continental shelf. This means the land belonging to the country that can extend under the sea. In Brazil, it extends about 200 miles (322 kilometers) out to sea, where French fishermen had been catching lobsters. Since lobsters crawl, the Brazilians argued the French were breaking the law. The French disagreed, arguing that lobsters also swim.

The Brazilians claimed the French were damaging their lucrative export business and dispatched a fleet of six destroyers and patrol boats to clear all foreign lobster boats from their waters. They captured three French ships. The French sent a destroyer of their own, but it was intercepted and escorted away by the Brazilian military.

Despite initial diplomatic unease, no shots were ever fired. Most of the action took place in 1963, but the conflict is generally considered to have begun in 1961. It ended with an agreement on December 10, 1964.[3]

The 335-Year War was a war between the Netherlands and the Isles of Scilly, off the coast of Cornwall, UK, which lasted—you guessed it—335 years. Miraculously, it never escalated during that time into an active conflict. Yes, a war really started in 1651 and ended in 1986 without a single shot being fired.

An offshoot of the English Civil War, it started when the Dutch Navy demanded reparations from Royalist forces for the ships they’d lost backing the Parliamentarians. With mainland England under Parliamentarian rule and the Royalists forced to flee to the Scilly Isles off the coast of Cornwall, the Dutch saw no reason to declare war on the whole of England when their demands went unmet. So they declared war specifically on the Scilly Isles in 1651.

The Royalists surrendered soon after. No longer under threat, the Dutch left without firing a shot. However, the unusual circumstances of declaring war against a tiny part of a nation led them to forget to officially declare peace. They were only reminded to do so in 1985 by historian Roy Duncan, who wrote to the Dutch Embassy. A peace treaty was finally signed on April 17, 1986.[4]

Also known as the Saloon War, the Dodge City War of 1883 had all the makings of a classic cowboy film with only one important difference: no one got hurt.

Local elections in Dodge City in 1881 and 1883 brought in lawmen who wished to oust the “Gang,” a group of businessmen and lawmen specializing in saloons, prostitution, and gambling. Most of the gang left the city, but one businessman, Luke Short, had other ideas.

He continued his businesses, buying the Long Branch saloon and hiring prostitutes to entertain the men inside. The ladies were promptly arrested by local officials, and Short was angry because similar establishments that supported the new lawmen were left alone. Short exchanged fire with a city clerk, but neither was injured, and Short and his friends were kicked out of town.

Short then established the “Dodge City Peace Commission,” a group of famous and powerful gunslingers, to confront the city officials. However, fearing for their lives, the officials agreed to a compromise that allowed Short to recoup some of the lost money from his interests in the city and leave town without any bloodshed.[5] 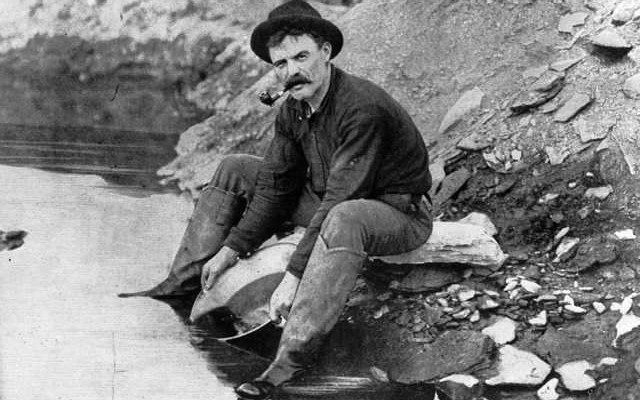 McGowan’s War took place in British Columbia, Canada, in 1859. It is named after an American, Edward McGowan, who was a gold prospector in the area. He had a somewhat murky past, having been involved in a bank robbery back in the U.S. while he was a police superintendent. He had also been charged with murder but was acquitted.

Like the Dodge City situation, petty disputes led McGowan to challenge the local authorities. Such was his power and influence over the 30,000 Americans in the area that some historians believe the colony could have been annexed and removed from the British Crown’s control. A handful of British soldiers were sent in to keep the peace. On the way, they were shot at by an American sentry. Hearing the shots but unable to see where they were landing, the soldiers did not engage. This choice would de-escalate the situation and bring peace to the region. The only casualties were the reputations of McGowan and his men.[6]

Also known as the “Pork and Beans” War, the absurd Aroostook War featured fistfights and a battle interrupted by a bear.

Fought between the U.S. state of Maine and the British Canadian province of New Brunswick from 1838 to 1839, it emerged from a border dispute following the end of the American Civil War. Americans and Canadians both flocked to the disputed area, known for its timber. One man who moved there successfully was John Baker. Baker occupied land claimed by the British, declared the area an American republic, and attempted to organize a government there. People who voted were arrested by New Brunswick officials, so the state of Maine chose to officially recognize the region as one of its towns instead.

Tensions peaked in 1838 at the so-called Battle of Caribou, when the Americans confronted Canadian lumberjacks who were felling trees on American property. Tempers flared, guns were drawn, but a black bear attacked the Canadians, who shot it and fled. A series of tit-for-tat arrests of officials followed, and the newspapers began to speak of war. Things escalated to the point that 50,000 U.S. troops were sent to the area. However, diplomats on both sides were able to come to an agreement before any lives could be lost in battle.[7]

In 1931, Texas and Oklahoma entered a spat over a new bridge across the Red River, which they actually built together. The owners of a toll bridge nearby obtained an injunction stopping the new bridge from opening, leading Texas Governor Ross S. Sterling to have barricades put up to prevent the new bridge from being used. However, an executive order from Oklahoma Governor William Murray demanded that the bridge be opened.

What followed was a strange series of exchanges by both sides involving the Texas Rangers, Oklahoma guardsmen, a declaration of martial law, and Murray showing up at the bridge armed with an antique revolver. Eventually, the Texas injunction was dissolved on August 6, 1931, and the situation ended without violence.[8]

Like the Aroostook War, the Honey War centered around disputed land. This time the parties were Missouri and Iowa. The name comes from some valuable honey-filled trees in the region which were destroyed early in the conflict.

The main events began in 1939 when a Missouri tax collector was arrested by the Iowans. Missouri responded by sending its military to the area, and Iowa raised a volunteer militia to meet them. The situation escalated as Missouri’s soldiers were accused of stopping and searching innocent Iowans and accusing them of spying. With tension rising, the federal government was forced to make a call about where each state’s jurisdiction began and ended in the region. They stuck with the Sullivan Line, which legal documents had often used as the northern boundary of Missouri. Later, locals would learn to sing a poem about the pointless conflict to the tune of Yankee Doodle.[9]

The Sumdorong Chu standoff happened in 1987 between the Indian Army and the Chinese People’s Liberation Army. It brought India and China very close to an all-out war, but Indian diplomacy and caution avoided such a tragic outcome.

In 1984, India set up an observation post on the bank of Sumdorong Chu as part of their efforts to increase security. Two years later, an Indian patrol stationed there would find 40 Chinese building structures in the region. Soon, 200 more Chinese arrived and constructed a helipad. Efforts to persuade the Chinese to withdraw were rejected, so India airlifted troops to the region.

In response, the Chinese Premier warned India that China would teach them a lesson. The Indians would not budge either. They declared the region around Sumdorong Chu a state of their own. China considered this a provocation and moved troops to the Indian border. The global press began to predict war. Soon, vast numbers of Indian and Chinese soldiers would be practically face-to-face.

However, in 1987, India’s Minister of External Affairs visited Beijing with a clear message that India did not want to aggravate the situation. China agreed to talk it out, and the deployment of troops to the disputed region was de-escalated. Later, the Indian Prime Minister would visit Beijing as a sign of respect, being the first to do so since 1962.[10]