Ms. Inglish has been a professional writer and critic of films, books, music and theater for over 20 years.

Just a few months before the 9/11 National Disaster, a runaway train in Northwestern Ohio created a day of havoc and fear throughout the state. People were glued to their television sets and radios, fearing the train full of hazardous materials would crash through their communities.

Engine number 8888 in the stable of CSX Railroad products was sitting in Walbridge in Northwestern Ohio. A long-time engineer in a single-man crew got out of the cab of 8888 – The Crazy Eights – and the train ran away on its own, the brake not set properly.

The train carried a freight haul of hazardous materials in May 2001, just four months prior to the 9/11 disaster in the World Trade Center in New York City that stopped with whole world. Back in May, though, we thought Ohio was going to blow up!

Crazy Eights traveled on its own at up to 47 mph for almost 2 hours from near Toledo to 55 miles northwest of Columbus, not far from Kenton. It carried a chemically hazardous load in two cars. It was stopped by the efforts of three train men and that story became Unstoppable, the movie. 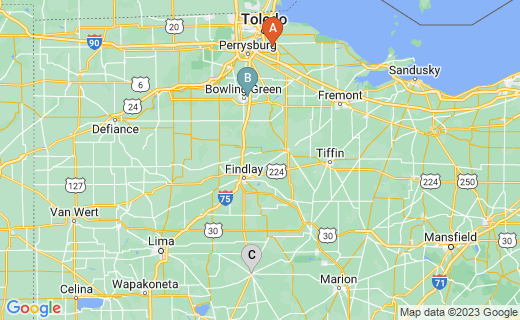 The case of the runaway train in the state that is home to several US Presidents and NASA astronauts became known as the Crazy Eights Incident. In fact, 8888 derailed in 2005 to provide a second Incident.Some folks felt it was crazy to ever run that locomotive again.

Engineer Jesse Knowlton, who lives a few miles from me, and Conductor Terry Forson stopped Crazy Eights in in 2001 and acted as consultants on the film Unstoppable (2010), also contributing some dialogue.

A handful of local Ohio newspaper and online film critics have downplayed the film and turned up their noses at it, undeservedly so. These critics are lucky that the Crazy Eights didn’t blow up their city before 9/11 blew up our whole world. There is more action in the film than one would expect, even from a train disaster, and no special effects.

There is some exaggeration to portray the potential for wide ranging devastation that could have occurred in this incident, but since the real-life heroes of the story are OK with it, what’s the problem for a handful of critics? Some critics feel its too unreal and boring — Were they asleep at the switch?

I’m not calling out these critics on mental issues, but I must say that there is plenty of excitement in Unstoppable and more than in the actual event. For an action-adventure drama, historical fiction, and escapism, it is very good. Moreover, the film was produced without any CGI. All the sparks, fires, and collisions are real. The sound is real and the train more frightening than any tornado likened to the roar of a runaway freight train. See the film and you’ll see how powerful Superman really was in stopping one.

However — No sex scenes/strippers and the Hooters Girls are dressed more conservatively than at the actual restaurants. No slashed bodies dripping intestines onto the tracks over pools of blood running onto the parallel highway.

No bodies with 4th degree burns:carbonized – watch the old Signal 30 for that. PG-13 wouldn’t like all this sex and carnage.

But there were crashes and fires and destruction – and injuries. The film could have been made at the R level, but the real events were not R-rated except for the language and potential danger, so a lot for kids that need to see the film would not be able to do so, until it was released on DVD. Kids are going to love this adventure. They may even want to work for the railroads afterward.

At least 50 talking roles in the film went to local residents. You’ll also see someone from Detroit 187. One tense scene is actually at the elevated railroad track and bridge of the Wheeling and Lake Erie Railway at Bellaire OH. I have seen that track a couple of times. It looks dangerous, and it is. 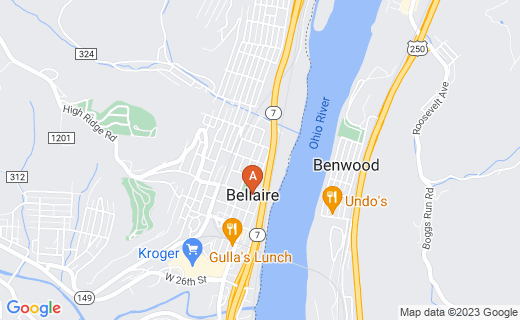 In training, they give you an ‘F.’ Out here in the real world, you get killed.

“Out here in the real world, you get killed.”

All historical films are historical fiction somewhere along a continuum of degree, unless the dialogues are taken 100% from written and audio records. None of us were at these settings (as Light of Other Days allows us to be) — We cannot get it all right, and sometimes the filming and the physics (Ye canna change the laws o’ phsyics, Jim…) won’t let us.

By the way, Chris Pine (Star Trek®’s newest Jim) co-stars as Conductor Will Colson to Denzel Washington’s Engineer Frank Barnes. In the film, Will is a rookie, in real life, Terry had 14 months of experience (but not with runaway trains). This is an all-new Training Day type of experience for Washington as well as the new man.

The setting was moved to Pittsburgh with its longer railtroading history and its fantastic rail line curves – more and higher elevated curving tracks than Ohio (we barely have trains, anymore, but we do have some curves). Not until I saw this film did I realize the economic costs of operating a railroad and this one portrayed freight only, except for a short excursion train for visiting school children.

If it is true that privatized passenger railroads cannot break even or make profits in America, that status is more believable in light of this film. Political factions wanting to derail plans for future passenger rail service should just encourage people to see Unstoppable . Except that railroad men are heroes in the film and real life. Which way will sentiment lean?

More importantly, the director shows real blue collar and railroad life in Pennsylvania, with the fears of layoffs and early retirements. Under-staffing is real and a movement to investigate the wisdom of one-man train crews is under way.

On the Crazy Eights, My Brother’s Name Is Earl

The supporting cast in this film is good. The engineer responsible for the runaway train is Dewey, played by My Name is Earl’s Randy (Ethan Suplee).

Suplee may be as solidly type cast after this film as a fence post driven too far into the ground, but he is believable in Unstoppable.

Dewey is about three notches above Randy on the employability scale and you’ll enjoy his ultimate fate. Meanwhile, you’ll laugh as the roar of the train he lets get away drowns out his F-words. The kids will love that, too.

Rosario Dawson is the high-powered Yardmaster who controls rail yard operations and dispatch as she fights for control of the Crazy Eights (#777 in the film) and against the unworkable plans of her superior. The lead welder from the yard is brave and comic all at once. A lot of the other railroading people and local residents look real, because they are!

This content is accurate and true to the best of the author’s knowledge and is not meant to substitute for formal and individualized advice from a qualified professional.

A Beginner’s Guide to Gym Terminology

A Beginner’s Guide to Gym Terminology

Fry Your Eggs in Heavy Cream