Video: Panic As Rhino Dashes Out Of Bush, Chases Tourists In Assam 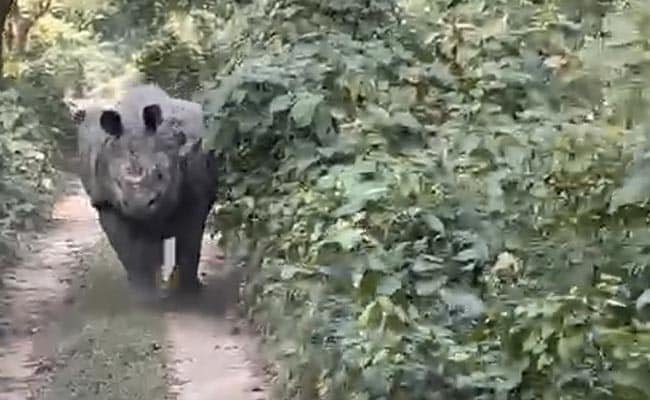 The incident took place at Manas National Park, Assam.In what can only be described as every safari goer’s worst nightmare come to life, a rhinoceros at Manas National Park in Assam terrified unsuspecting tourists when it suddenly emerged from a bush and started chasing their vehicle. The incident took place in the Ban Habari forest area of the park.A tourist on the safari captured the scene on their phone camera, in which a rhinoceros is seen running towards the vehicle. The driver quickly speeds up and leaves the rhino behind, but the animal is seen chasing the vehicle for some time. The tourists were driven away quickly.According to the Manas National Park website, the chances of spotting tigers, one-horned rhinos, elephants, and buffaloes are high in this area of the park.Experts say such an incident can be attributed to the animals’ unease with continuous human movement in the forest.Manas National Park is gaining traction as a premier tourist attraction, and this year the number of tourists to visit the park in the last week of December has risen.