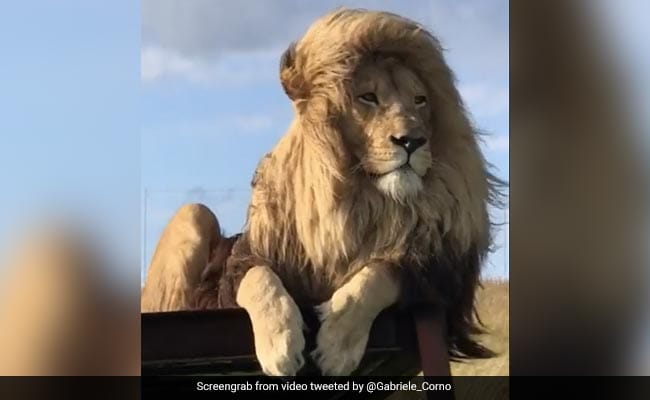 Lion’s hairstyle is creating a buzz online.A video of a giant male lion in the Masai Mara in Kenya, East Africa, with a gigantic mane, is going viral online. A male lion’s mane is the fur that surrounds his face. The lion’s mane can be seen swishing in the air in the footage. The lion appears at ease as it basks in the sunshine and takes in the scenery.Here is a link to the video:The king in Masai Mara National Reserve, Kenya pic.twitter.com/OSR7rswdxw— Gabriele Corno (@Gabriele_Corno) December 27, 2022Lions are the only truly social members of the cat family. They live in family groups called “pride.” A pride consists of around 10-15 lions, including some adult males and females with their cubs.People are adoring the enormous lion’s cool, collected sitting posture in the video, which is quickly gaining a lot of online popularity. The hairline, which has also sparked debate among internet users, has taken centre stage in the video. A few users have reposted the video with “Bad Hair Day”-related captions.The video has received over 7 million views on Twitter, with more than 72,000 likes. Many people are leaving interesting and creative remarks in the comments section.”Let us just hope and pray that this magnificent animal does not end up as a trophy for a hunter at the right price.” “Retweet if you agree,” wrote one user.”Too pretty to be a wild one… No scars. No matting of the mane; that’s shampoos and conditioners, along with insect repellents galore. But he is stunningly pretty though,” commented another user.”This clip needs some background music to capture the moment perfectly. What a majestic creature!” commented a third user.Click for more trending newsFeatured Video Of The Day’Killer’ Syrup 2.0: Uzbekistan Reports Cough Syrup Deaths After Gambia