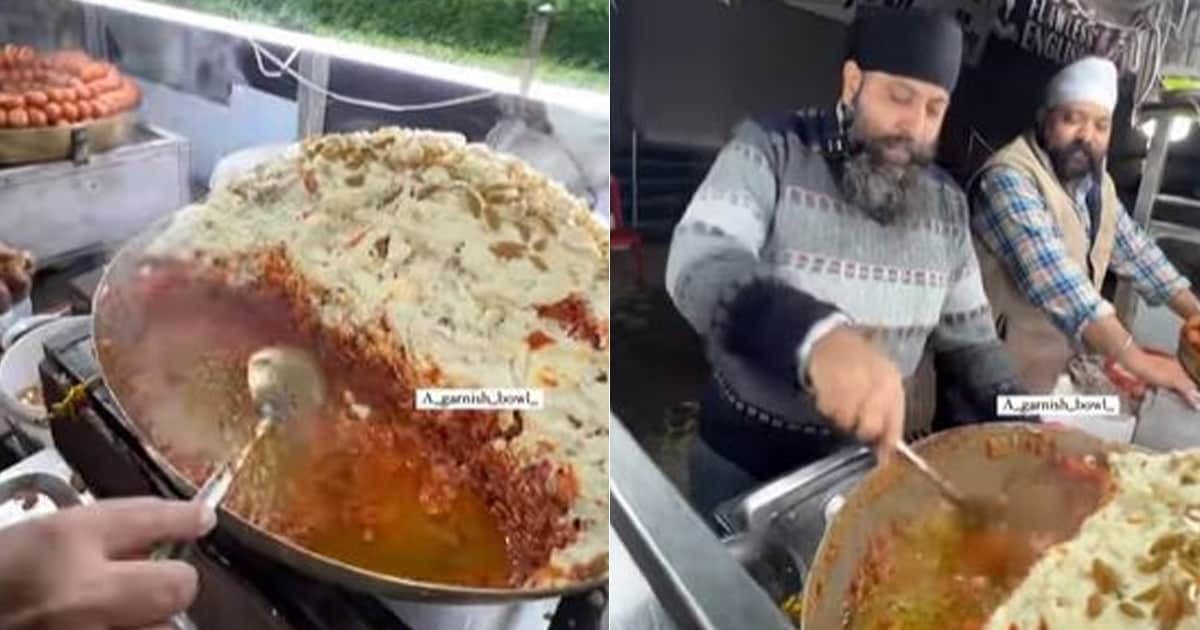 Winters are synonymous with so many delicious foods, especially in the North. We eagerly await the time when we will get to eat sarson ka saag, bajre ki roti or gud wale chawal. Apart from savoury snacks and sabzis, one common winter speciality is desserts. Gajar ka halwa, for instance, is a classic winter dessert that is prepared across Indian households during the biting cold weather. It is made by grating carrots and cooking them with milk, khoya, sugar and dry fruits. Recently, we came across a video in which gajar ka halwa was being prepared by a street food vendor. The unique ‘tadke wala’ gajrela impressed foodies online and soon went viral. Take a look:The video was shared on Instagram reels by Amritsar-based blogger Akshay, better known as @a_garnish_bowl on the platform. The tadke wala gajrela has gone viral, clocking over 1 million views and 54.9k likes since it was posted. “Have you ever tried this,” asked the blogger in the caption of the video.In the video, the making of the ‘tadke wala’ gajar ka halwa was shown. It was said to be from a stall named Sahni sweets, outside Nakodar road in Jalandhar, Punjab. The owners of the stall were seen preparing two different kinds of winter sweets – the tadke wala gajar ka halwa and gulab jamun. These were the only specialised items on their winter menu and they were quite famous locally. First, the man warmed up some desi ghee. Then, he added a handful of dry fruits to the hot ghee to prepare the tadka. Next, he added the gajar ka halwa and a bit of khoya to the dessert. This was the interesting and unique tadke wala gajar ka halwa that went viral!(Also Read: Gajar Halwa, Lauki Halwa And More: 5 Delicious Halwas Made From Vegetables)Gajar ka halwa is a winter favourite dessert. Photo Credit: iStockPeople were quite intrigued to see the preparation of this unique halwa. Several mentioned that the gajar ka halwa served here is quite delicious. “I was eating gajrela of this stall while watching this video. We eat from here daily, he is a very polite man,” wrote one user. Several others wanted to know the exact location of the gajrela stall. “Soooo tasty,” said another one.What did you think of this unique tadke wala gajar ka halwa? Tell us in the comments.Featured Video Of The DayHoney Chilli Chicken Popper Recipe | How To Make Honey Chilli Chicken PopperAbout Aditi AhujaAditi loves talking to and meeting like-minded foodies (especially the kind who like veg momos). Plus points if you get her bad jokes and sitcom references, or if you recommend a new place to eat at.