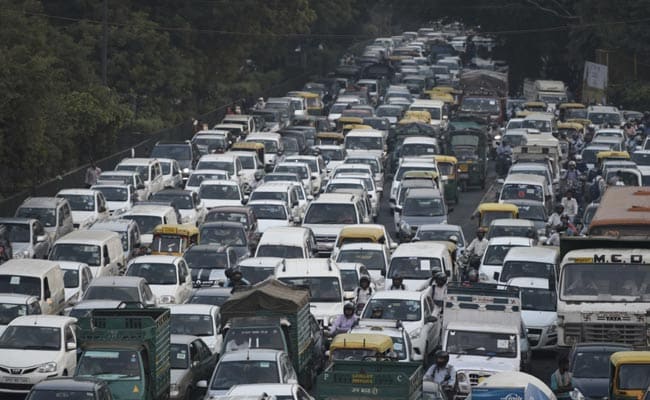 The Traffic Police also suggested alternate routes for people. (File)New Delhi: Traffic movement is likely to be impacted as authorities have decided to shut the Ashram Flyover for 45 days from January 1 for the construction of a connecting road, police said on Friday.The move is likely to impact the movement of traffic coming from the Outer Ring Road, both sides of the carriageways passing through Ashram Chowk, DND flyover, Mathura Road, and Noida, they said.During this period, both carriageways of the ring road on the underside of the flyover will be operational, the Traffic police said.  “From January 1, both the carriageways of the Ashram flyover will be closed due to the construction of a connecting road between the Ashram flyover and the new DND flyover,” the traffic police said in a statement. It also advised people to park only at designated places and plan journeys to reach hospitals, ISBTs, railway stations, or airports well in advance.”The movement of traffic may be restricted and diverted accordingly from the roads and stretches connecting the Ashram flyover, both side carriageways passing through Ashram Chowk, DND flyover, and Mathura Road,” the statement informed.  The Traffic Police also suggested alternate routes for people.Commuters coming from the Badarpur side are advised to follow Mata Mandir Marg for Ring Road and Sarai Kale Khan, and commuters coming from Badarpur, Sarita Vihar, and Jamia side are advised to follow U-turn for Captain Gaur Marg, Lajpat Nagar, AIIMS, it said.”Commuters coming from Chirag Delhi and ITO side are advised to follow Ring Road for Noida. Commuters coming from Akshardham and Noida side are advised to follow Sarai Kale Khan, Bhairon Road, and Mathura Road for AIMS and Dhaula Kuan,” the statement read.Commuters coming from AIIMS and the New Delhi side have been advised to follow Lodhi Road, Lala Lajpat Rai Marg for Ring Road, and Mathura Road.For those coming from the AIIMS and Chirag Delhi side, police have advised them to take Lala Lajpat Rai Marg for Noida and NH-24.”Commuters coming from AIIMS, Moolchand, and Lala Lajpat Rai Marg are advised to follow Captain Gaur Marg for Mathura Road, Sarita Vihar, and Badarpur,” they added.(Except for the headline, this story has not been edited by NDTV staff and is published from a syndicated feed.)Featured Video Of The Day”Rahul Gandhi Didn’t Follow Protocol”: Delhi Police On Security Breach Charge