Taliban Responds To Pak Minister on Strike Inside Afghanistan Remarks 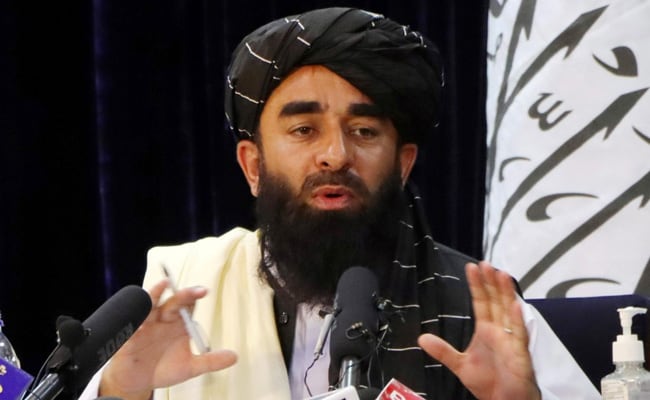 Taliban spokesman Zabihullah Mujahid said that Pakistan must avoid “provocative ideas” about Afghanistan.Kabul: The Taliban on Tuesday asked Pakistan to “avoid baseless talks and provocative ideas”, two days after Pakistan interior minister Rana Sanaullah’s said the country will target Tehreek-e-Taliban Pakistan (TTP) hideouts inside Afghanistan.”The Islamic Emirate of Afghanistan wants peaceful relations with all its neighbouring countries, including Pakistan and beliefs in all the ways that can lead to achieving this goal,” Taliban spokesperson Zabihullah Mujahid said in a statement posted on their Twitter handle.In the statement, Mujahid said it is regrettable that Pakistani officials are making ‘false statements’ about Afghanistan. He said ‘Islamic Emirate’ is trying its best not to use the territory of Afghanistan against Pakistan or any other country.”We are committed to this goal, but the Pakistani side also has a responsibility to resolve the situation, avoid baseless talks and provocative ideas, because such talks and mistrust are not in the interest of any side,” he added.This latest statement comes after the Taliban rejected comments made by Pakistan’s interior minister about the presence of Tehreek Taliban Pakistan (TTP) in Afghanistan. The Islamic group said that it is prepared to protect the country’s sovereignty and territorial integrity.Last week, Pakistan’s interior minister said that Pakistan will target TTP hideouts inside Afghanistan.”When these problems arise, we first ask Afghanistan, our Islamic brother nation, to eliminate these hideouts and hand over these individuals to us, but if that doesn’t happen, Islamabad will target these hideouts inside Afghanistan,” the Pakistan minister had said.Taliban-led Defense Ministry termed the remarks made by Pakistan as “provocative and baseless,” TOLOnews reported. The statement added that any issues or problems should be resolved through understanding.The Taliban said that such allegations damage the good relations between the two neighbours.TTP is allied with the Taliban, which seized power in neighbouring Afghanistan in August last year. The radical Islamic outfit has stepped up attacks in Pakistan since it announced the end of an Afghan Taliban-brokered ceasefire with the government in November last year.The year 2022 ended with the deadliest month for Pakistan’s security personnel in over a decade, said an Islamabad-based think-tank as it pointed to the emergence of TTP as the biggest threat to the country.In its annual report released on Saturday, the Centre for Research and Security Studies (CRSS) said Pakistan security forces lost at least 282 personnel during 2022 in attacks that included IED ambushes, suicide attacks, and raids on security posts, mostly in the Pakistan-Afghan border regions.(Except for the headline, this story has not been edited by NDTV staff and is published from a syndicated feed.)Featured Video Of The DayWith Hanuman Temple Visit, Rahul Gandhi Resumes Yatra, Headed To UP