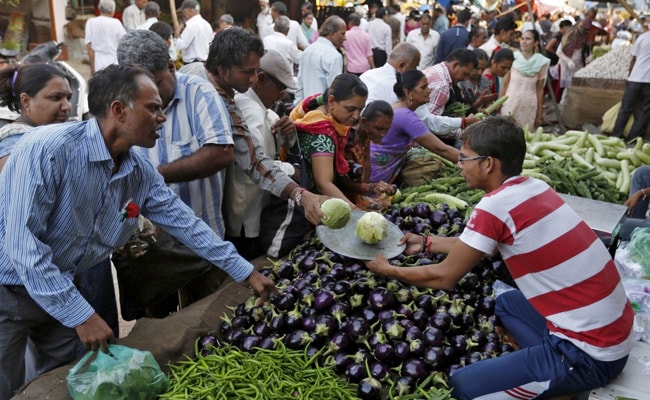 RBI reiterated that India’s economy and the domestic financial system remain resilient.(File)Mumbai: India’s consumer price index (CPI) inflation has moderated, but the persistence and broadening of core inflation may continue to exert upward pressure on the headline number going forward, the Financial Stability Report released today said.The Financial Stability Report includes contributions from all financial sector regulators in the country and is published bi-annually by the RBI on its website.India’s headline retail inflation dropped to a 11-month low of 5.88% in November from 6.77% in the previous month. Excluding the volatile food and energy components, core inflation was between 6% and 6.26% in November, according to three economists’ estimates, versus 5.9% to 6.3% in October.”Front-loaded monetary policy actions are expected to bring inflation into the tolerance band and closer to the target while anchoring inflation expectations,” the RBI said.The RBI targets inflation at 4% with a tolerance band of two percentage points on either side. As per the RBI’s estimates, annual inflation is seen cooling to 5.9% in January-March next year and 5% in April-June 2023 but is set to rise to 5.4% in the subsequent three months.RBI has raised its policy rate by 225 basis points since May to 6.25% to tame inflation with most economists expecting another 25 basis points hike in February.The central bank reiterated that despite a challenging global environment and ensuing headwinds, India’s economy and the domestic financial system remain resilient.India’s external sector however is facing strong global headwinds from rising risks of global slowdown, still elevated commodity prices and volatility in capital flows, the FSR said.India’s current account deficit 4.4% of GDP in the second quarter of 2022/23, largely due to a higher trade deficit.RBI said with steady net inflows of foreign direct investment and the resumption of portfolio flows since July 2022 indicated that the current account deficit will be “comfortably financed.”India’s banking sector is stable on the back of improving profitability and asset quality, with adequate levels of capital and liquidity buffers, the RBI said.Gross non-performing assets ratio of all banks may improve from 5% in September to 4.9% by September 2023 under the baseline scenario, the RBI said.However, if the macroeconomic environment worsens to a medium or severe stress scenario, the gross NPA ratio may rise, it warned.(Except for the headline, this story has not been edited by NDTV staff and is published from a syndicated feed.)Featured Video Of The DayWindfall Tax On Domestic Crude Oil Slashed By 65%