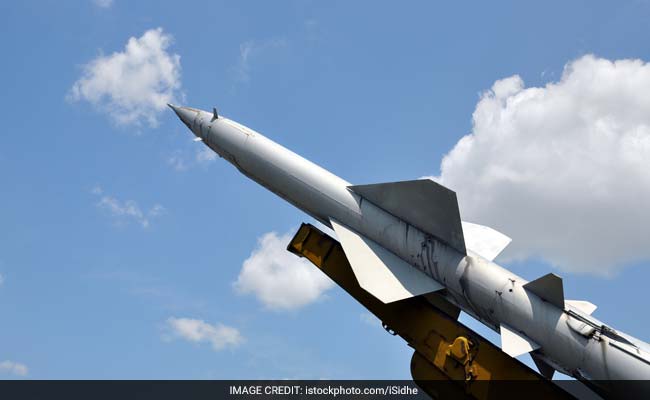 The launch follows an unprecedented number of missile tests by North Korea this year. (Representational)Seoul: North Korea fired a ballistic missile over the sea to the east of the Korean Peninsula in the early hours of Sunday, Yonhap news agency reported citing the South Korean military.The move comes not even 24 hours after North Korea launched three ballistic missiles on Saturday.The short-range ballistic missile was fired around 2:50 a.m. local time from Pyongyang, Yonhap said, citing South Korea’s Joint Chiefs of Staff.The launch follows an unprecedented number of missile tests conducted by North Korea this year, as Pyongyang presses on with weapons development amid speculation it could test a nuclear weapon for a seventh time.(Except for the headline, this story has not been edited by NDTV staff and is published from a syndicated feed.)Featured Video Of The DayAmit Shah’s Big Move In Karnataka Ahead Of Next Year’s Elections