No Action Against Rakhi Sawant Till February 1: Court To Mumbai Police 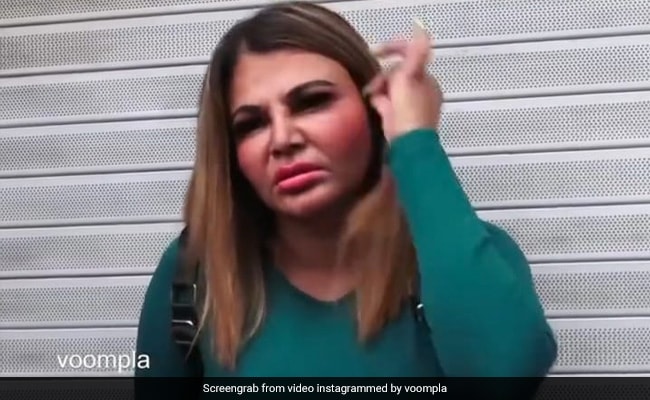 Mumbai police have registered a case against Ms Sawant on the model-actor’s complaint on January 19.Mumbai: The Bombay High Court on Tuesday directed Mumbai police to continue the relief of ‘no coercive action’ against Rakhi Sawant till February 1 in a case filed by a model against the actor.The model in the complaint alleged that Sawant circulated inappropriate videos and photos of her.On Monday, the Bombay court directed the Mumbai police not to take any action against Bollywood actress Rakhi Sawant till Tuesday in connection with a case lodged against her by a model.Ms Sawant has approached the High Court seeking anticipatory bail. According to the prosecution, Rakhi Sawant showed some videos of the complainant which are sexually explicit in nature to the media.The bench of Justice MS Karnik posted the matter for tomorrow.Mumbai police have registered a case against Ms Sawant on the model-actor’s complaint on January 19 alleging that Ms Sawant made inappropriate videos and photos of her which has gone viral.The Mumbai Police said that upon the complaint, an FIR was registered against Rakhi Sawant and advocate Falguni Brahmbhatt.On Thursday, Ms Sawant was detained by the Amboli police after a Mumbai sessions court rejected her anticipatory bail application on Wednesday.A feud between the two tinsel town celebrities, Ms Sawant and another has been ongoing for some time now. In November 2022, Rakhi Sawant and the other model filed FIRs against each other for using objectionable language, according to the police on Wednesday.(Except for the headline, this story has not been edited by NDTV staff and is published from a syndicated feed.)Featured Video Of The DayPathaan Makes Rs 300 Crore In Advance Bookings