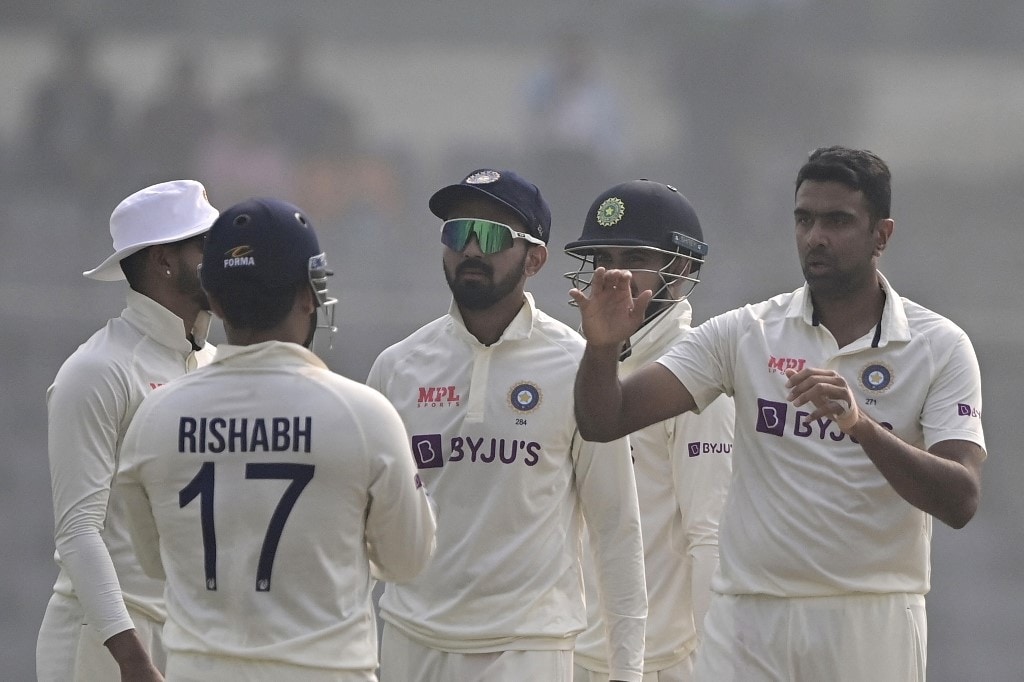 Indian team players during second Test vs Bangladesh.© AFPThe second Test between India and Bangladesh was a tense affair going into the fourth day. India were four wickets down at stumps on Day 3 chasing a target of 145 on a tricky pitch at the Shere Bangla Stadium in Mirpur. Two nightwatchmen batters Jaydev Unadkat and Axar Patel were at the crease for India. However, before the stumps a funny incident was going on in the Indian dressing room after Axar had already been sent as a nightwatchman batter at No. 4 ahead of Virat Kohli.Ravichandran Ashwin, who ultimately stayed unbeaten on 42 to take India over the line with three wickets remaining, recounted the incident involving Rishabh Pant and India batting coach Vikram Rathour.”Rishabh Pant being Rishabh Pant before stumps on Day 3. He is such a cute character. Wickets were tumbling from one end. Vikram Paaji asked Kohli whether he needed a night watchman. Kohli said that he will take care and didn’t need a night watchman. Rishabh Pant will usually keep the towel on top of his head and will lie down on the table. I don’t know the exact reason for him doing that,” Ashwin said in a video on his official YouTube channel.”Vikram Rathour asked him (Pant) if he needed a nightwatchman. (Pant replied) ‘I need watchmen throughout the night. I will go and play tomorrow’.”I couldn’t stop laughing when he said that casually. When I was extremely nervous, there he was relaxed and cracking a joke. Rathour asked, ‘Virat said he didn’t need a night watchman. Do you need?’ Rathour Bhai was like, ‘We have only Jaydev Unadkat left. Who else should we send?’ Pant was like, ‘Send Ash Bhai, or send whoever you want. I will go bat tomorrow.'”Ultimately, when Virat Kohli was also dismissed on the third day, Unadkat was sent in as the second nightwatchman batter. Pant came in to bat on Day 4 and was dismissed for 9. India however won the match by three wickets and pocketed the two-match series 2-0.Featured Video Of The DayFIH Women’s Nations Cup: Victorious Team India Receives Warm Welcome In DelhiTopics mentioned in this article