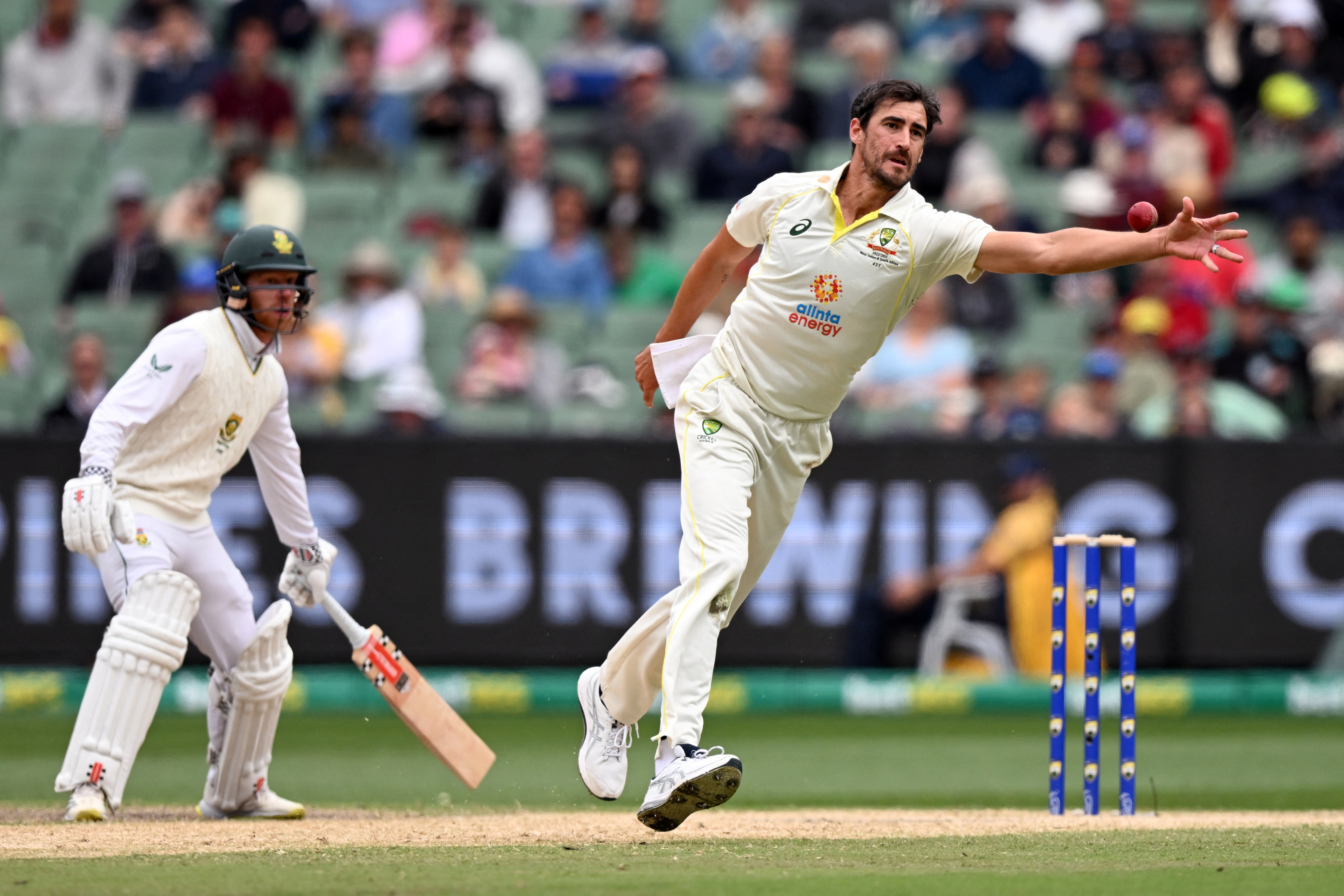 Australian pace bowler Mitchell Starc on Thursday made his displeasure known to South African batter Theunis de Bruyn for backing up at the non-striker’s end during the second innings of the Boxing Day Test at the Melbourne Cricket Ground. The 32-year-old Australian quick, after jokingly telling de Bruyn that he was “half way down Punt Road”, became more strident later, warning the Proteas top-order batter that if he continued to leave the crease, he would be forced to ‘Mankad’ him.”I had a word with him (De Bruyn) last night (Wednesday) because he was doing it yesterday. And then he was half way down Punt Road when I was stopped,” Starc said on Fox Cricket after the hosts wound up the Test inside four days, inflicting an innings and 182-run defeat on Dean Elgar’s side.De Bruyn was eventually dismissed on 28, caught by Steve Smith off Scott Boland.”He said he’s not doing it on purpose. (If) I’ve got to keep my foot behind the line (while bowling), so you could at least keep your bat behind the line,” Starc said.”There’s no need for it (backing up too far). You saw how far down he was,” added Starc, who will need a prolonged break to recover from the injury to his left hand finger.Once considered unfair play, although legal, in the gentleman’s game, the ICC has now termed these kind of dismissals as ‘run out’. Since October 1, it no longer sits in the ‘unfair play’ section of its rule book.However, the debate continues if such dismissals are against the ‘spirit of game’.Starc, who bowled with excruciating pain on Thursday due to an injured finger in his bowing arm, got the full backing of his skipper Pat Cummins.Starc is supposedly a big critic of ‘Mankading’, informally named after former India cricketer Vinoo Mankad, and had got a lot of attention for his comments when he told Jos Buttler during the third and final T20I against England in October that he “is not Deepti (Sharma)”.The Australian quick was referring to Indian women’s team all-rounder’s dismissal of England’s Charlie Dean in an ODI, which had stirred a lot of debate.But on Thursday, a flustered Starc said, “That’s just absolutely taking the mickey. That’s not just taking off before I bowl, he’s a metre down the wicket. Yeah I gave him a couple of warnings. If he wants to keep doing it I’ll take them (the stumps).” The broadcasters’ audio reportedly picked up the conversation, with Starc telling De Bruyn to not stray out of the crease.”Stay in the crease, it’s not that hard. The line’s there for a reason.” Australia Test skipper Cummins too pointed out that several South African players were guilty of breaching the rule, and it would give his bowlers every right to run them out if they so desired.”We can warn them a couple of times but if they keep taking the mickey…,” said Cummins.(This story has not been edited by NDTV staff and is auto-generated from a syndicated feed.)Featured Video Of The DayHardik Pandya to Lead In T20Is Vs Sri LankaTopics mentioned in this article