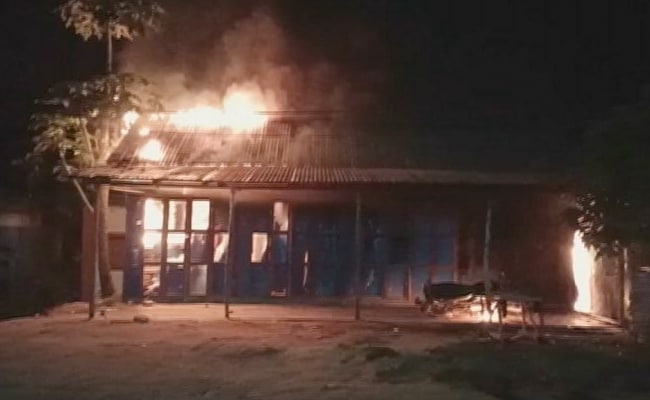 According to reports, the mob attacked the saints and vandalised vehicles outside Biplab Deb’s Home.Gomati: Two persons were injured as BJP and CPI (M) supporters clashed near the ancestral house of former Tripura chief minister Biplab Kumar Deb in Gomati district, police said on Wednesday.One person was arrested for allegedly being involved in the clash that occurred in Jamjuri area on Tuesday night, Udaipur Sub-Divisional Police Officer Nirupam Dutta said.The police have registered a suo motu case and started an investigation into the incident, while a villager also lodged a complaint, alleging that the CPI (M)-backed miscreants attacked BJP supporters.”The situation is now under control, and one person has been arrested. The investigation is on,” the SDPO said.A four-day yagna on the death anniversary of Deb’s father at their ancestral house at Jamjuri was to begin on Wednesday.BJP activists decorated the house and the surrounding area, while a group of CPI(M) supporters also put up party flags for their programme there.”Some of CPI(M) flags were allegedly found torn and thrown away, following which the clash broke out near the ancestral house of Deb.”One vehicle owned by a guest of Deb was allegedly torched by the CPI(M) supporters during the clash and two BJP activists suffered injuries,” the SDPO said.Following this, angry BJP activists set four shops of CPI(M) workers in the village on fire, he said.Security forces were rushed to the spot and brought the situation under control, he said, adding that police personnel have been deployed there to maintain peace.(This story has not been edited by NDTV staff and is auto-generated from a syndicated feed.)

PNB Chief Says Bank Has Exposure To Adani Group, But Not A Matter Of Worry