“Having Beer With Him…”: AB De Villiers On Impact Of Spending Time With This Great During IPL | Cricket News 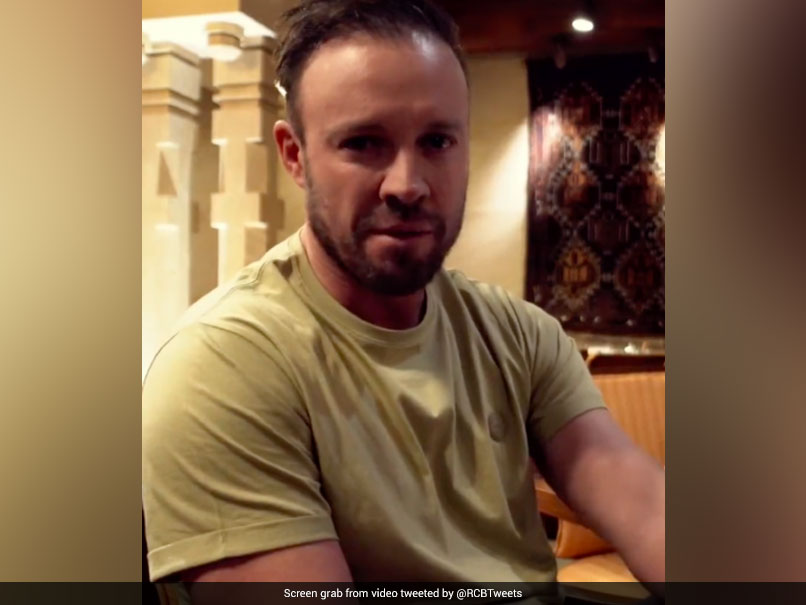 The start of Indian Premier League changed his life and Ab de Villiers is hoping the inaugural SA20 at home does the same for the younger generation of cricketers in South Africa. The inaugural SA20, featuring six newly-constructed teams, will launch on January 10 at Newlands with the opening local derby between MI Cape Town and Paarl Royals setting up an explosive start to South African cricket’s new-kid-on-the-block. All teams are owned by IPL franchises.De Villiers, who played in the IPL since its inception in 2008 till last year when he retired, says the SA20 is just the boost the game requires in South Africa.”I think the SA20 comes at a really good time for South African cricket. We have seen the amazing things that these leagues have done to cricket in particular nations,” De Villiers told Cricket South Africa.”To give our youngsters this base and the foundation to get exposure at the highest level against the best players in the world is what it’s all about.”Among the youngsters that De Villiers will be keeping a close eye on is MI Cape Town’s young batting sensation Dewald Brevis. The 19-year-old has been a revelation since bursting on the scene during the ICC men’s Under-19 World Cup earlier this year when he shattered Shikhar Dhawan’s tournament record for the most runs.He then carried his form into the IPL, Caribbean Premier League and most notably in Cricket SA’s T20 Challenge competition when he blasted 162 off just 57 balls.De Villiers believes Brevis’ development will be greatly aided by playing alongside England’s T20 World Cup winners such as Sam Curran and Liam Livingstone in the same way he learnt from grizzled veterans such as Australian superstar Glenn McGrath when he first joined the IPL in 2008.”It was a huge occasion for me and a lot of the other players. The start of the IPL changed our lives. The people are really passionate about cricket. Not only with the home team but they support members in other teams as well,” De Villiers said.”The biggest thing that stands out for me are the people that I met. I think of Glenn McGrath and the time I spent with him. He was this hard guy and all of a sudden I am sitting with him in the changeroom and having a beer with him.”De Villiers was also full of praise for his former national team captain Graeme Smith, who in his role as SA20 League commissioner, has ensured South Africa will also now have a league to rival the best in the world “Graeme and I have come a long way together, and to have him right at the top of SA cricket right now, making a lot of good calls, and changing things,” he said.“The SA20 … I don’t think it would have been possible if it weren’t for him and all his connections and experience. I think we all owe Graeme a real thank you for bringing this big tournament to SA.”Featured Video Of The DayViral: French President’s Speech In Dressing Room After Team’s World Cup MissTopics mentioned in this article