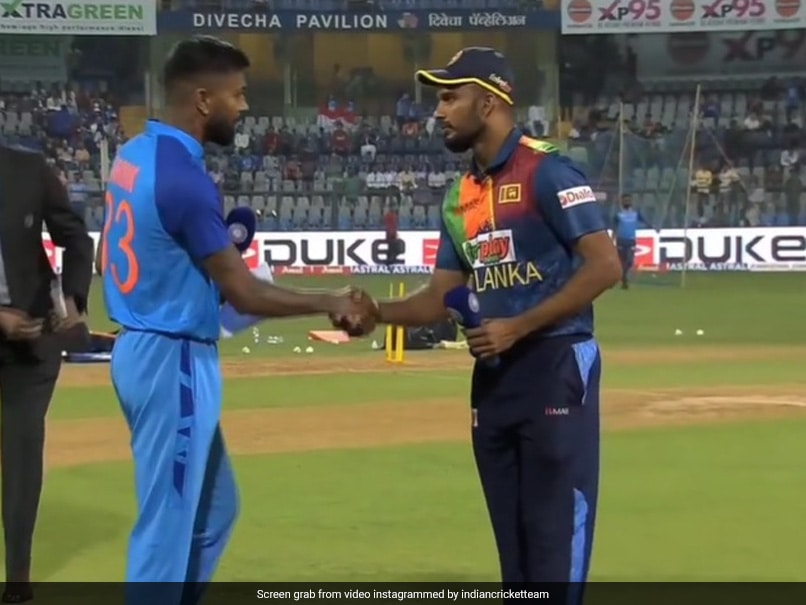 Hardik Pandya and Dasun Shanaka at the toss ahead of 1st India vs SL T20ISri Lanka captain Dasun Shanaka won the toss ahead of the first T20I against India at the Wankhede Stadium in Mumbai and decided to bowl first. After match referee Javagal Srinath informed that Shanaka had won the toss, he shook hands with India captain Hardik Panya and informed him of his decision. Shanaka though was in for a surprise as Hardik shook his hands and laughing nodded and said “I know”.Hardik took his opposite number by surprise with his reaction and both the men shared a laugh after that.Watch Video of Toss between Hardik Pandya and Dasun ShanakaPandya said that the toss that he would have decided to bat first had he won the toss as he would want the team to test itself in bilateral matches.Hardik won the IPL last year as captain of Gujarat Titans and has since seen his international career zoom up again.Hardik returned to full fitness and for last year’s IPL and even returned to bowling full time to give India more options in both batting and fielding department.While there has been no official announcement about whether he will captain India in T20Is from now, many expect him to take over the reins from Rohit Sharma sooner than later.Featured Video Of The DaySachin Tendulkar, Wife Anjali Spotted At AkinaTopics mentioned in this article