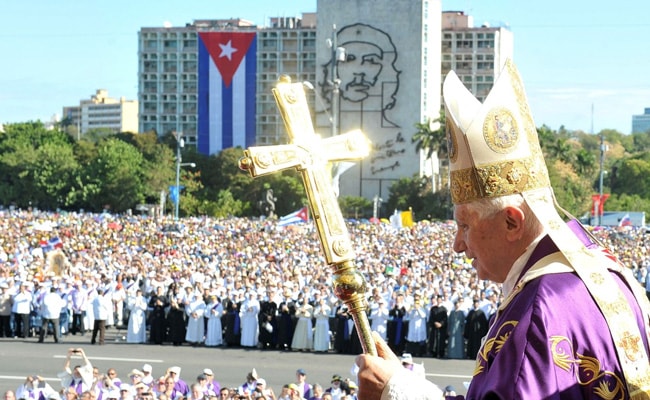 Vatican City: Benedict XVI was the first pope to confront the scourge of clerical sex abuse in the Catholic church, but only after a career in which he himself was accused of covering it up.The German Joseph Ratzinger, who died on Saturday aged 95, was the first pope to meet with victims of abuse and defrocked almost 400 priests in the last two years of his pontificate.His actions were a marked change from his predecessor John Paul II, who took decades to respond to what became an avalanche of allegations about paedophile priests around the world, from Australia to Chile, France and the United States.But his successor Pope Francis has gone much further, raising questions as to why Benedict did not do more, both as pope and throughout a long career at the top of the church.His final year was overshadowed by accusations that he knowingly failed to stop four priests accused of child sex abuse while he was Munich archbishop in 1980s.After the claims emerged in a bombshell 2022 report, Benedict’s aides insisted that “as an archbishop, Cardinal Ratzinger was not involved in any cover-up of acts of abuse”.’Protected church, not children’But critics had for years accused the quiet theologian, known as a brilliant but cold intellect, of being unfit to handle the scale of the problem.Revelations of widespread sexual abuse of children by priests worldwide, and the attempts by the Catholic church to cover up the crimes, began to emerge in the second half of the 1980s.It was not until 2001, however, that then-pope John Paul II ordered bishops to submit case files to the Vatican’s powerful doctrinal office headed by Ratzinger.The then cardinal had ultimate responsibility for investigating allegations of abuse.He had earned the nickname “God’s Rottweiler” as doctrinal chief — but critics said he fiercely protected the church’s reputation, rather than children.A leaked confidential letter sent to all bishops in May 2001 showed Ratzinger had ordered investigations be kept secret — which his accusers said effectively shielded predators and prevented police probes.Historic FirstsAs pope, however, he was more assertive.In 2006, a year after his election, Benedict took a step long resisted by John Paul II and disciplined the most prominent priest accused of sexual abuse, Marcial Maciel Degollado.The founder of the conservative Legion of Christ was ordered to renounce his public ministry for a life of “prayer and penitence” in what Benedict’s supporters hailed as a landmark moment.Two years later, Benedict became the first pope ever to meet with victims of abuse during trips to the United States and Australia, saying he had “no words… to describe the pain and harm” inflicted on them.He was also the first pope to dedicate an entire document to the crisis — his pastoral letter to Ireland in 2010, in which he said he shared victims’ “dismay and sense of betrayal”.His decision to defrock almost 400 priests in the last two years of his pontificate is credited by some for starting a clean-up process that Francis accelerated.”As pope, it was (Benedict) who opened this dramatic chapter,” Vatican expert Iacopo Scaramuzzi, a journalist at Italian daily La Repubblica, told AFP.”He accepted criticism, put in place new norms, met victims… he was much more rigorous than John Paul II.”‘Profound shame’But Benedict disappointed many when in 2019, six years after retiring to live a quiet life within the Vatican, the then “pope emeritus” spoke out to blame the abuse scandals on the 1960s sexual revolution.And in 2022 his reputation took a severe blow when he was forced to ask for forgiveness for clerical child sex abuse committed on his watch.The independent inquiry by a German law firm found he actively failed to stop paedophile priests in the 1980s — even though in two of the cases they had committed several proven acts of abuse.”I have had great responsibilities in the Catholic Church. All the greater is my pain for the abuses and the errors that occurred in those different places during the time of my mandate,” Benedict wrote.But while he spoke of his “profound shame” and “heartfelt request for forgiveness”, groups representing abuse victims accused him of failing to take any concrete responsibility.(Except for the headline, this story has not been edited by NDTV staff and is published from a syndicated feed.)Featured Video Of The Day”Ties With China Not Normal Because…”: S Jaishankar

Notre-Dame Reconstruction On Track, To Reopen By 2024 End