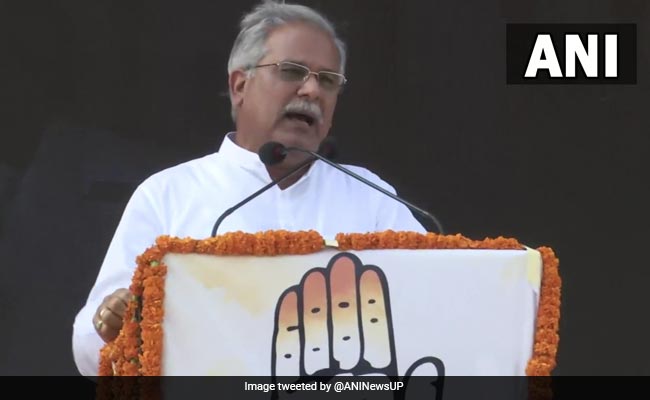 Bemetara (Chhattisgarh): Chhattisgarh Chief Minister Bhupesh Baghel lost his cool on a man speaking about reservations in the state during a ‘meet the public’ programme in Bemetara and asked him if his “father or mother had ever got the opportunity to speak to a CM”.The interaction on Wednesday, during the ‘Bhent Mulaqat ‘ programme in Devarbija village, went viral on social media and drew condemnation from the opposition Bharatiya Janata Party, which claimed Baghel was behaving like a “dictator”.The man, identified as Kishan Agrawal, told the CM 76 per cent quota must not be introduced in the state as it punishes those from the general category.He also said quota should not be as per proportion of population “since those from the Other Backward Classes have more children”.When Agrawal further said only the CM was speaking at the event and he too should be given three to four minutes to put forward his views, an enraged Baghel shot back.”You are prejudiced. Whoever raises their hands I give them the opportunity to speak. You are levelling false allegations. You should take back your words. Did your father, mother or uncle ever get a chance to speak to the CM,” Baghel said.Queried by the man on what the CM meant to say, the latter said, “Have they ever been given the microphone (during the tenure of previous CM’s)? When you have got the opportunity, you are levelling allegations.” When Agrawal said Baghel too hurls allegations against former chief minister Raman Singh, Prime Minister Narendra Modi, someone tried to take the microphone away.However, Baghel asked Agrawal to continue speaking.ARROGANCE OF POWER!Look at how Congress CM Bhupesh Baghel speaks to a youth, literally threatens him merely because he asked an uncomfortable question!This is Mohabbat Ki Dukan or Congress ki Arrogance Ki Dukan? Not the first time he has behaved like this!Must apologise pic.twitter.com/7STeKlq63U— Shehzad Jai Hind (@Shehzad_Ind) December 29, 2022Slamming the incident, state BJP chief Arun Sao, “It is the moral and constitutional responsibility of a CM to answer the questions of the public. But Baghel acted like a dictator and tried to threaten the man. It is not bhent mulaqat but hate mulaqat.”(Except for the headline, this story has not been edited by NDTV staff and is published from a syndicated feed.)Featured Video Of The DayWatch: “Take Rest,” Mamata Banerjee Tells PM After His Mother’s Last Rites