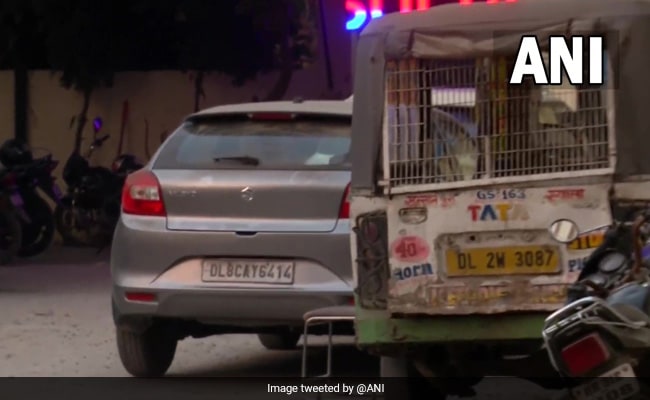 Anjali, 20, died after she was hit by a car and dragged for several kilometresNew Delhid: A 20-year-old woman was killed after her scooty was hit by a car and she was dragged under the vehicle for 12 kilometres in Delhi this morning, the police said.Five men were in the car, a Maruti Suzuki Baleno, and they have been arrested, the police said.The arrested men include a credit card collection agent, a driver and a ration shop owner, a police officer told NDTV.The incident happened in Delhi’s Sultanpuri this morning, several hours into the New Year celebrations that began at midnight.After hitting her scooty, the car drove on even as her limbs got entangled with the car’s underbody, the police said.The woman’s scooty that was involved in the accidentThe police control room got a call at 3.24 am that a car was seen dragging a body. The police got another call at 4.11 am about a woman’s body lying on the road. After that, the police alerted officers deployed at pickets and started searching for the vehicle, news agency ANI reported.The woman, Anjali, was a resident of Aman Vihar. She is survived by her mother, four sisters and two brothers, one nine years old and the other 13. She was the eldest. Her father died some years ago.”Police arrested the accused on the basis of the registered car number. The accused said their car met with an accident with a scooty, but they were unaware that she was dragged along with their car for several kilometres,” Delhi Police officer Harendra K Singh told ANI, adding some posts on social media that claimed it was a rape case were fake and the police would act against those posting such content.दिल्ली के कंझावला में एक लड़की की नग्न अवस्था में लाश मिली, बताया जा रहा है कि कुछ लड़कों ने नशे की हालत में गाड़ी से उसकी स्कूटी को टक्कर मारी और उसे कई किलोमीटर तक घसीटा।ये मामला बेहद भयानक है, मैं दिल्ली पुलिस को हाज़िरी समन जारी कर रही हूँ। पूरा सच सामने आना चाहिए।— Swati Maliwal (@SwatiJaiHind) January 1, 2023Delhi Commission for Women’s chief Swati Maliwal said it has been reported that the men in the car were drunk.”This matter is very dangerous. I will summon the Delhi Police for more details about the incident. The whole truth should come out,” Ms Maliwal told reporters.The police said the five men are being tested for drinking and driving and checking whether the driver was under the influence.