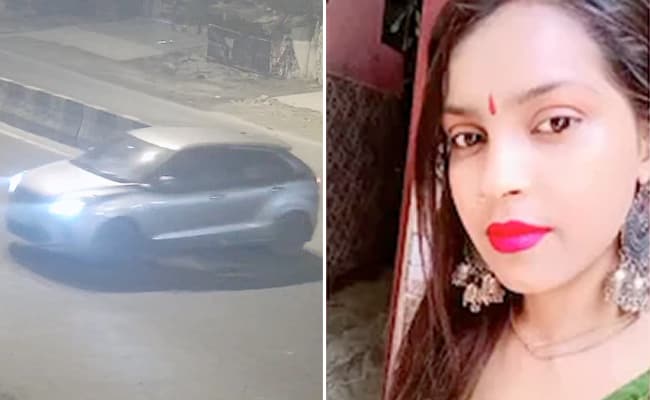 New Delhi: Ruling out sexual assault, an autopsy found “no injuries to the private parts” of the Delhi woman who was dragged for 13 kilometres by a car in the early hours of January 1.The report of the autopsy — done by a board of doctors at Maulana Azad Medical College — was submitted to the police today. For further tests, swab samples and shreds of her jeans have been preserved. Victim Anjali Singh’s mother was among those who suspected that it may not just be a case of the car hitting her scooter and then dragging her, causing her death.The provisional cause of death, according to the report, is: Shock and haemorrhage due to injury to the head, spine, left femur, both lower limbs.”All injuries (were caused) by blunt force impact and possible with vehicular accident and dragging. Also, the report indicates that there is no injury suggestive of sexual assault. The final report will be received in due course,” said Special Commissioner Of Police Sagar Preet Hooda in a statement to the media.The five men who were in the car have been arrested and charged with ‘culpable homicide not amounting to murder’, rash driving and causing death by negligence. Police had already said they found no evidence of sexual assault.However, investigators have found a key witness — 20-year-old Anjali, who worked as an event manager, was with a friend, Nidhi, when the Maruti Baleno car hit her scooter. The friend, uninjured, fled the scene but Anjali’s leg got stuck in the car’s axle, sources told NDTV. Nidhi is now a crucial eyewitness, police said.Details of the accident emerged when cops re-charted the route the victim had taken after leaving a hotel at 1.45 am on January 1 after attending a New Year’s party. CCTV footage showed two women leaving the hotel on a scooter, not very far from the spot of the accident in Sultanpuri area. The men in the car have allegedly admitted that they were drunk. In panic after hitting the scooter, they sped away, unaware that a woman was being dragged along. It was after the car had covered 13 km, dragging the woman through the streets, that one of the men noticed an arm sticking out at a U-turn at Kanjhawala. They stopped, her body fell off, and they drove away.Cops said Deepak Khanna, the one driving, said he did feel “something stuck” under the car, but others told him it was nothing.The case unraveled after police responded to calls from people who saw the body being dragged. One of those who alerted the cops had tried to alert the car-borne men, too, and followed them on a scooter, but he could not keep up.