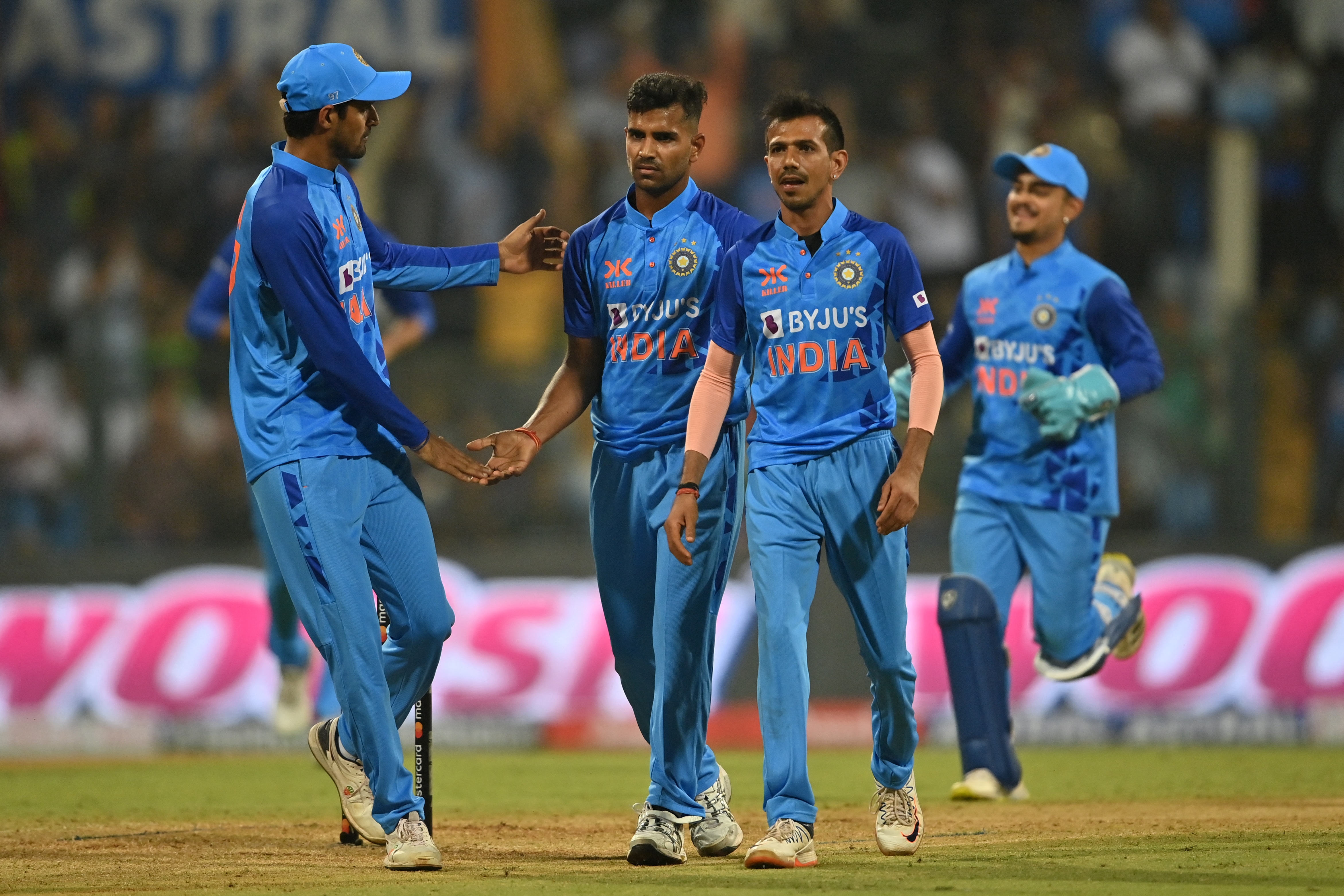 Shivam Mavi made a dream debut with a relentless display of fast-bowling as his four-wicket haul made the difference in India’s narrow two-run win over a spirited Sri Lanka in the first T20I in Mumbai on Tuesday. India batters found the Sri Lankan spinners hard to put away before Deepak Hooda (41*) and Axar Patel (31*) took the hosts to 162 for five. The Sri Lankans surely had the firepower to chase down 163 but Mavi’s strikes at front and back end of the innings tilted the game in favour of the home team.The game went down to the wire with spinner Axar Patel managing to defend 13 runs in the final over. Mavi ended with envious figures of four for 22 in four overs.The fighting knocks from skipper Dasun Shanaka (45 off 27) and Chamika Karunaratne (23 not out off 16) went in vain as Sri Lanka ended 160 all out in 20 overs.This is the lowest total India defend at this stadium.Skipper Hardik Pandya decided to bowl the first over and the pressure created by him helped debutant Mavi at the other end. Hardik bowled full tilt and hardly gave anything away, conceding only 12 runs in his three-over spell.Mavi’s moment to cherish came in his first over as he showed remarkable composure to strike back after being hit for two fours by Kusal Mendis. Having already got a life in Hardik’s first over, Pathum Nissanka had no clue about Mavi’s beauty of a delivery that jagged back in to shatter the stumps.In his second over too, Mavi got hit for a couple of fours before he had Dhanajaya de Silva caught at mid-on.It became 47 for three in eighth over when Ishan Kishan took a brilliant catch running backwards after Charith Asalanka mistimed a pull off Umran Malik.Pacer Harshal Patel got lucky with his first wicket as a dangerous looking Mendis found the deep point fielder before getting rid of Bhanuka Rajapaksa with a slower ball, leaving Sri Lanka struggling at 68 for five in the 11th over. Hardik had to leave the field briefly after taking Rajapaksa’s catch.Hasaranga and skipper Shanaka made the game interesting with a quickfire 40-run stand off 23 balls. Hasaranga put the pressure back on the Indians by smashing Yuzvendra Chahal for back-to-back sixes over mid-wicket, reducing the equation to a very gettable 56 runs off 36 balls.Mavi was brought back to break the threatening partnership and that is what he did by having Hasaranga caught at mid-off. Shanaka kept Sri Lanka in the game singlehandedly before falling to Umran in the 17th over.The game somehow went down to the last over with Chamika Karunratne providing a ray of hope for the visitors. With Hardik unable to bowl his fourth over after a fall on the field, Axar was called in to defend 13 in the final over.Earlier, Hooda and Axar shared an unbeaten 68-run stand off 38 balls for the sixth wicket after India found themselves at a shaky 94 for five at the high-scoring Wankhede Stadium.Playing his first international innings since the double hundred in Bangladesh, Kishan (37 off 29) went ballistic in the first over itself that yielded 17 runs.Searching for some swing, right-arm pacer Kasun Rajitha pitched it up and Kishan was quick to flick it over deep square leg for a massive six. Then a slower ball was hit down the ground for four before Kishan pulled Rajitha for another boundary.Shubman Gill (7), who made his T20 debut alongside Mavi, began his innings with a delightful cover driver off Dilshan Madhushanka.Shanaka introduced spin in the third over via Maheesh Theekshana and he delivered with the wicket of Gill who missed a straighter one from the mystery spinner to be trapped in front of the stumps. Hoping against hope, Gill wasted a review in the process.India’s best T20 batter Suryakumar Yadav (7) too perished cheaply, leaving the hosts at 41 for two in the powerplay. Playing his first game in front of his home crowd, Surya went for his usual scoop shot but mistimed it to be caught at short fine leg by Bhanuka Rajapaksa off Chamika Karunaratne.Sanum Samson (5) wasted another opportunity by mistiming a slog off Dhananjaya de Silva.The spinners stemmed the flow of runs in the middle overs with India collecting only 26 in overs 10-15 with the loss of Kishan and skipper Hardik Pandya (29 off 27), who could not find his range after starting with a couple of exquisite stokes on the off side.Coming in at number six, Hooda tried to change the course of the innings with back-to- back sixes over deep midwicket off Theekshana. He targeted the same area against Hasaranga in the next over, depositing him for a maximum.He had good support from Axar as the duo helped India get to a fighting total.(This story has not been edited by NDTV staff and is auto-generated from a syndicated feed.)Featured Video Of The DayIPL Auction: Teams Invest In Untested Players – ExpertsTopics mentioned in this article