“Debate Is Over”: Gautam Gambhir Wants This Youngster To Open With Rohit Sharma In ODIs. It’s Not KL Rahul | Cricket News 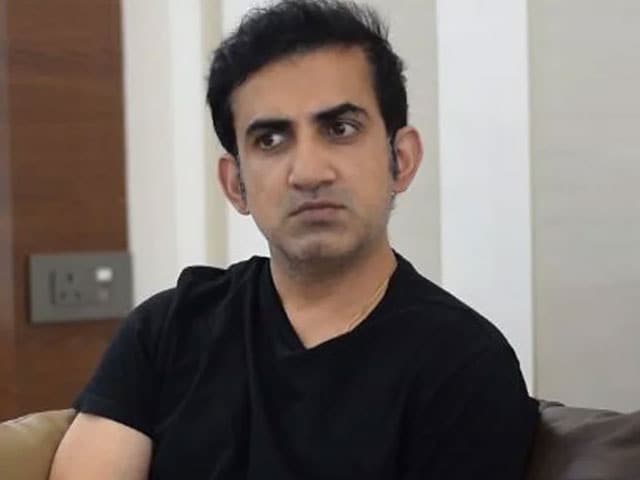 Former cricketer Gautam Gambhir said Ishan Kishan should be India’s first-choice opener alongside Rohit Sharma in the ODI format for the coming years. In his most recent match against Bangladesh in Chattogram, Kishan turned his first ODI century into a career-high 210. The wicketkeeper-batter converted his maiden ODI ton into a double hundred in just 126 balls, the fastest in ODI history. Now that Shikhar Dhawan won’t be playing in the ODIs, Gambhir thinks Kishan should continue to play the role of an opener.”I’m amazed we’re discussing this because someone’s got a double-hundred in the previous innings. The discussion is over. It has to be Ishan Kishan. Someone who can get a double-hundred in those conditions against a reasonable attack, especially at home, should play,” ESPNcricinfo quoted Gambhir as saying when asked who he would like to see as Rohit’s opening partner.Kishan received a call-up for India’s three-match ODI and T20I series against Sri Lanka starting from January 3 to January 15.”He got what 200 by the 35th over mark? You can’t look at anyone beyond Ishan Kishan. He has to be given a longer run. He can also keep wickets as well, so he can do two jobs for you. So for me, that discussion shouldn’t be there. If someone else had got a double-hundred, I think we would’ve gone gung-ho over that individual, but it’s not the case with Ishan Kishan. Because we still continue to talk about other players. For me, that debate is over,” Gambhir further added.Despite Suryakumar Yadav’s batting in the 50-over format not being as remarkable as his T20 performances, Gambhir thinks he may still be a valuable asset at No. 4. Suryakumar has scored 384 runs in 16 ODIs, with just two half-centuries.”It’s very difficult to look beyond Rohit and Ishan Kishan to open the batting, Virat at three, Surya at four, [and] Shreyas at five, because he’s been incredible in the last one-and-a-half years. Yes, he’s had issues against the short ball, but he’s been able to manage it. You can’t be the best against everything but if you’re able to manage it and got the numbers going for you, you can’t look beyond Shreyas at No. 5 and Hardik [Pandya] at 6,” Gambhir said of his ideal India XI.India’s squad for Sri Lanka T20Is: Hardik Pandya (Captain), Ishan Kishan (wk), Ruturaj Gaikwad, Shubman Gill, Suryakumar Yadav (VC), Deepak Hooda, Rahul Tripathi, Sanju Samson, Washington Sundar, Yuzvendra Chahal, Axar Patel, Arshdeep Singh, Harshal Patel, Umran Malik, Shivam Mavi and Mukesh Kumar.India’s squad for Sri Lanka ODIs: Rohit Sharma (Captain), Shubman Gill, Virat Kohli, Suryakumar Yadav, Shreyas Iyer, KL Rahul (wk), Ishan Kishan (wk), Hardik Pandya (VC), Washington Sundar, Yuzvendra Chahal, Kuldeep Yadav, Axar Patel, Mohd. Shami, Mohd. Siraj, Umran Malik and Arshdeep Singh.Featured Video Of The DayVideo: Messi’s Argentina Arrive Back In Buenos Aires After FIFA WC TriumphTopics mentioned in this article

US Says Russia Not Complying With Last Remaining Nuclear Treaty