University biology textbooks published in the United States in the 2010s contained less climate-change content than did those in the 2000s, despite the increasing urgency of the climate crisis1.

That’s not the only shift. In a survey of dozens of widely used introductory biology textbooks from the past 50 years, researchers also found that passages on climate change moved farther back in the books, and that the amount of information about its impacts grew, whereas the space devoted to solutions shrank. The work was published on 21 December in PLoS ONE1.

These textbooks — some of which are also available outside the United States — explain how the changing climate affects a range of complex biological systems, from agriculture to human health. And because they are assigned during entry-level classes, many students reading these books might never take another course that touches on the topic.

“This may actually be the last content on climate change that they get in their formal education,” says study co-author Jennifer Landin, a science-education researcher at North Carolina State University in Raleigh. “And if it’s three pages, that’s not nearly enough.”

Reading between the lines

The researchers assessed 57 textbooks published between 1970 and 2019. They counted the sentences in the books’ climate-change passages — identified by phrases such as ‘global warming’ and ‘greenhouse gas’ — and found that the median number of sentences per passage rose until the 2000s (see ‘A textbook change’). It peaked in that decade at 52, but then dropped to 45 in the 2010s. (The authors deemed the median a better value to use than the average because of the wide range in passage length.)

Furthermore, the median position of sections about climate change moved from the last 15% of pages in the 1970s — when many scientists first became convinced that the planet was warming — to the last 2.5% in the 2010s. Controversial topics are usually placed at the end, Landin says, because “it allows teachers to ‘run out of time’ and then not have to teach them”.

Topics within the climate-change passages also shifted. Since the 1990s, the proportion of sentences devoted to solutions has dwindled, whereas content on the effects of climate change, including extreme weather and worsening diseases, has grown. Landin praises this more holistic portrayal of the impacts. But with the simultaneous decrease in solutions, she says, the balance of content skews towards hopelessness.

“It’s incredibly useful data,” says Mariëlle Hoefnagels, a science-education specialist at the University of Oklahoma in Norman and author of two general biology textbooks, one of which was analysed in the study. She says that the paper’s insights concerning climate-change solutions will help her to shape a forthcoming edition of one of her books. However, “books can’t continue to grow indefinitely”, she adds. 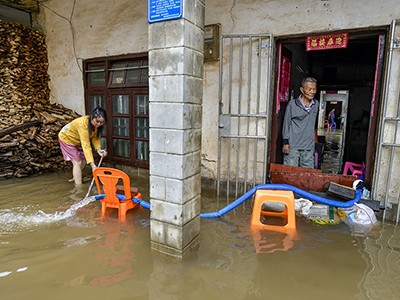 Hoefnagels says that sections on climate change expanded in the 2000s because of a growing understanding of global warming’s impacts. But that rise has tapered off now that the fundamentals are well covered in introductory biology textbooks; adding more information would “muscle something else important out of the way”, she says.

Landin suggests that the controversy surrounding climate change might be behind its decline in textbooks. But Hoefnagels says she has never felt pressured by her publisher McGraw Hill to tone down ‘contentious’ subjects. She says that climate science has remained at the back of books because instructors prefer textbooks that progress from small-scale to large-scale topics, such as from molecular biology to ecology.

Textbook content might not be a reliable guide to how much students are learning about climate change, says Eric Plutzer, a political scientist at Pennsylvania State University in University Park who has surveyed how public-school teachers in the United States cover climate change2. Instructors could be spending more time on climate change than textbooks indicate, he adds.

“Textbooks alone give us some valuable information but don’t tell us the whole story,” Plutzer says.