Body Of Woman With Injury Marks Found On UP Highway 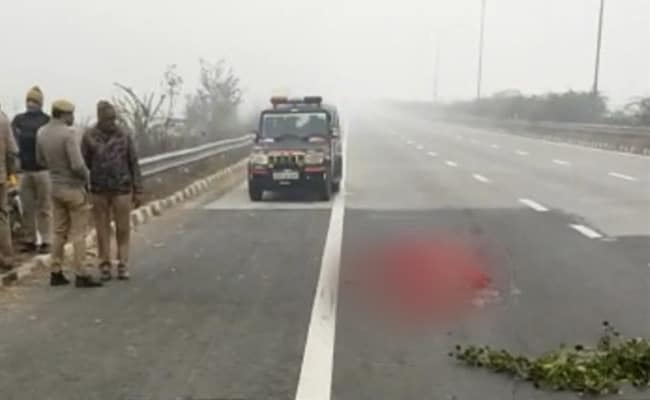 Police is attempting to establish the identity of thewoman, a senior officer said.Greater Noida: An unidentified body of a woman was found early Monday at Greater Noida’s Eastern Peripheral highway, Uttar Pradesh Police said.Abhishek Verma, DSP Greater Noida said, Dadri Police Station received information about the presence of a body of a woman at Greater Noida’s Eastern periphery on Monday at around 7 am.Mr Verma further said a police staff, other officials immediately reached the spot after receiving the information.”When Police reached the spot, they found injury marks on the hands, head and feet of the dead woman. The footprints of a Truck tyre were also found at the scene,” the police officer added.During the preliminary investigation, Police learned that woman apparently died after being hit by a heavy object.”Police is attempting to establish the identity of the woman,” Mr Verma said.Further investigation has been started by the police.more details awaited.Featured Video Of The Day”Tunisha Sharma Was Like Family”: Sheezan Khan’s Sisters Refute Charges