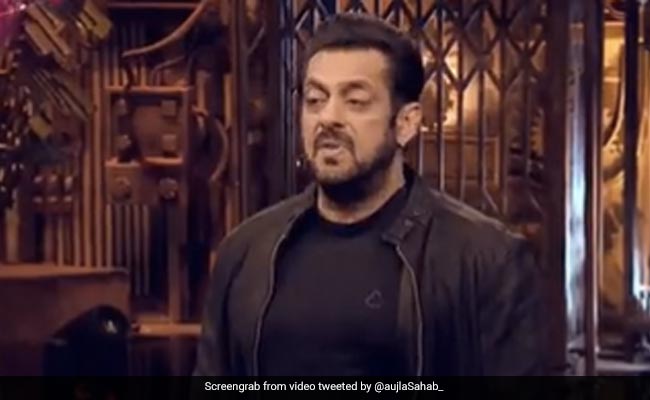 Salman in a still from Bigg Boss 16. (courtesy: biggboss)New Delhi: It is that time of the week again when Salman Khan gives his valuable feedback to the contestants of Bigg Boss 16. Given the action-packed week that went by, Salman has a lot to say to the housemates, and promos show. In the past week, Archana Gautam made several derogatory comments about Vikkas Manaktala and Shalin Bhanot during fights. Addressing them, Salman Khan told Archana that her behaviour was far from appropriate. He tells her that she should avoid dragging family members of the contestants into fights and not indulge in crude remarks. He adds that such statements only make her lose face in front of the country and her fans. Salman Khan also reminded her that he was the one who opted to bring her back to the show after being ousted for violent behaviour. He says that if he can bring her back, he will also not refrain from eliminating her from the show. That is not all. Salman Khan also scolds Shalin Bhanot for using vile words for Archana Gautam. Shalin defends himself by saying that he was only speaking to Archana in the way she talks to him. He adds that Archana had made comments regarding his ex-wife and he cannot tolerate this. When Salman tells him that he is missing the point, a visibly upset Shalin says that he is being forced to smile and stay quiet while Archana does what she wants. As Usual Shalin was expected to be bashed in #BB16 promo.Sara kuj sahi hone k bawajod he is being bashed! Wow!Frankly i am loosing the intrest in show, it’s getting so monotonous!Bhai,kbhi Mandli ki bhi waat laga dia kro.????#ShalinBhanot#ShalinKiSenapic.twitter.com/2FveKi2jhL— Aujla Sahab ???? (@aujlaSahab_) December 29, 2022Recently, Archana Gautam and Vikkas Manaktala got into a fight in the kitchen. The fight begins when Archana tells Vikkas, “You can’t make tea here. Keep the utensil on the other side.” To this, the actor replies, “Now, you see how I do it.” Soon Archana is seen tipping a vessel of water while Vikkas slams a glass.This week, Vikkas Manaktala, Nimrit Kaur Ahluwalia, Sreejita De, Priyanka Chahar Choudhary, Soundarya Sharma, Shalin Bhanot and Tina Datta have been nominated. The latest edition of Bigg Boss 16 airs on Colors TV from Monday to Friday at 10 PM. The weekend episodes, which also include Salman Khan’s Weekend Ka Vaar, air at 9.30 PM.  The show is also available on the streaming platform Voot Select with a 24*7 stream.Featured Video Of The DayAnushka Sharma And Virat Kohli Wish Paparazzi “Happy Holidays”