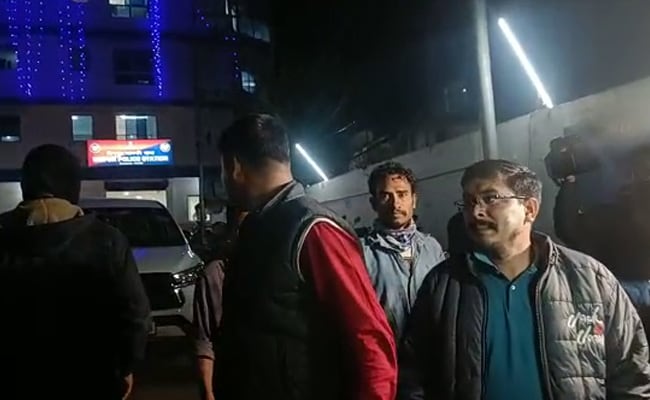 Guwahati: The Guwahati police has arrested a man who allegedly murdered his longtime friend over a monetary dispute, then hired a private cab to dump the body in a jungle 35 km outside the city.The arrest came about after the cab driver, who was known to the accused, drove straight to the police station and reported the incident.The murder, according to police sources, took place on Thursday morning and the driver was called by the accused over phone, who booked his cab ‘offline’ since they both knew each other.The accused, identified as Hitesh Das, directed the cab driver to Kamalpur, where he disposed of the bag allegedly containing the body deep into the forest.”He (the accused) is from my native village in Nalbari district and he called me to book my cab offline to go to village, so I agreed. He put a suspicious looking sack in the boot of the cab. He said it is a dead pig.”Then when he stopped to dump the sack, I saw blood. I questioned him and he confessed that this is the dead body of his friend whom he has killed over a money dispute. He also threatened me,” the driver, identified as Khagen Das, told reporters.Following this, a police team was alerted and was able to track down the accused.”Today in the evening a cab driver came and informed us that one of his acquaintances have taken something in a bag in his car which he suspected to be a dead body. The accused took the bag and dumped it near an area close to Baihata Chariali…based on the information we started our investigation and arrested the accused,” said Commissioner of Police Diganta Borah.The accused and the victim, who knew each other over the last 12 years, had a scuffle over a monetary issue, police sources said.Featured Video Of The Day”Rahul Gandhi Didn’t Follow Protocol”: Delhi Police On Security Breach Charge