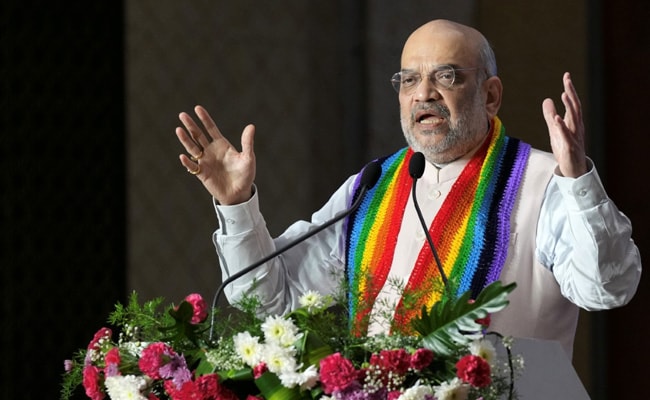 Assembly elections in Karnataka are scheduled for May 2023.Bengaluru: Union Home Minister Amit Shah today gave the go-ahead to the much-anticipated Karnataka government’s cabinet expansion to accommodate disgruntled BJP MLAs such as KS Eshwarappa and Ramesh Jarkiholi just ahead of the 2023 elections. He also chaired a key meeting with booth level workers in Karnataka to discuss the required grassroots level preparations ahead of the 2023 Assembly elections in the state, to be held in May. Chief Minister Basavaraj Bommai and other party leaders like state Home Minister Araga Jnanendra, BJP General Secretary and state in-charge Arun Singh, National General Secretary BL Santhosh, and National Secretary CT Ravi, were in attendance. BJP is making consistent efforts to make inroads into the Old Mysuru region, which is a traditional stronghold of the Janata Dal (Secular) and Congress. The ruling party got its maiden victory in the region only in 2019, when a JD(S) leader switched sides to join them.On Friday, sharing the stage with former Prime Minster and JD(S) chief HD Devegowda, Amit Shah inaugurated the Mega Dairy plant in Maddur Taluk of Mandya district, part of the Old Mysuru region, that has the capacity to process nearly 14 lakh litres of milk. In addition to the party’s usual Hindtuva and development pitch, Amit Shah also hit out at the Congress, saying Siddaramaiah, who served as the Chief Minister of the state from 2013 to 2018, withdrew cases against the now-banned Islamist outfit Popular Front of India. It was only after BJP came in power in the state that PFI was banned, and its leaders arrested, he said.Mandya has seven assembly seats — six with the JD(S) and one with the BJP, which it won in a by-poll.”Many chances have been given to JD(S)-Congress, and they have been alternating. This time, lotus will bloom in Mandya and Mysuru. We will win the majority,” he said.He also addressed a large public gathering in the heartland of the Vokkaliga community, which constitutes at least 15 per cent of Karnataka’s population and is the second-largest vote bank in the state, after the Lingayats. They dominate the Old Mysuru region, which has so far eluded the BJP.The region consists of districts like Mandya, Mysuru, Hassan, Tumakuru, Chamarajanagar, Bengaluru Rural, Kolar, and Chikkaballapur, among others.Mr Shah met Nirmalanandanatha Swamiji – the head pontiff of Adichunchanagiri Math. The influential Math in the old Mysuru region is highly regarded, especially by the Vokkaliga community.Amit Shah took on both rivals, saying if Congress won in the state, it would become “Delhi’s ATM”, and if JD(S) did, it would become a “family ATM”.Opening of the Ayodhya Ram temple in 2024, and the development of Kedernath, Badrinath, and Kashi Vishwanath shrines were the other key issues with which Mr Shah tried to win over the crowd that had gathered for the BJP’s Sankalpa Yatra in Mandya.