All Help For Kumbh Mela, None For Bengal’s Gangasagar: Mamata Banerjee 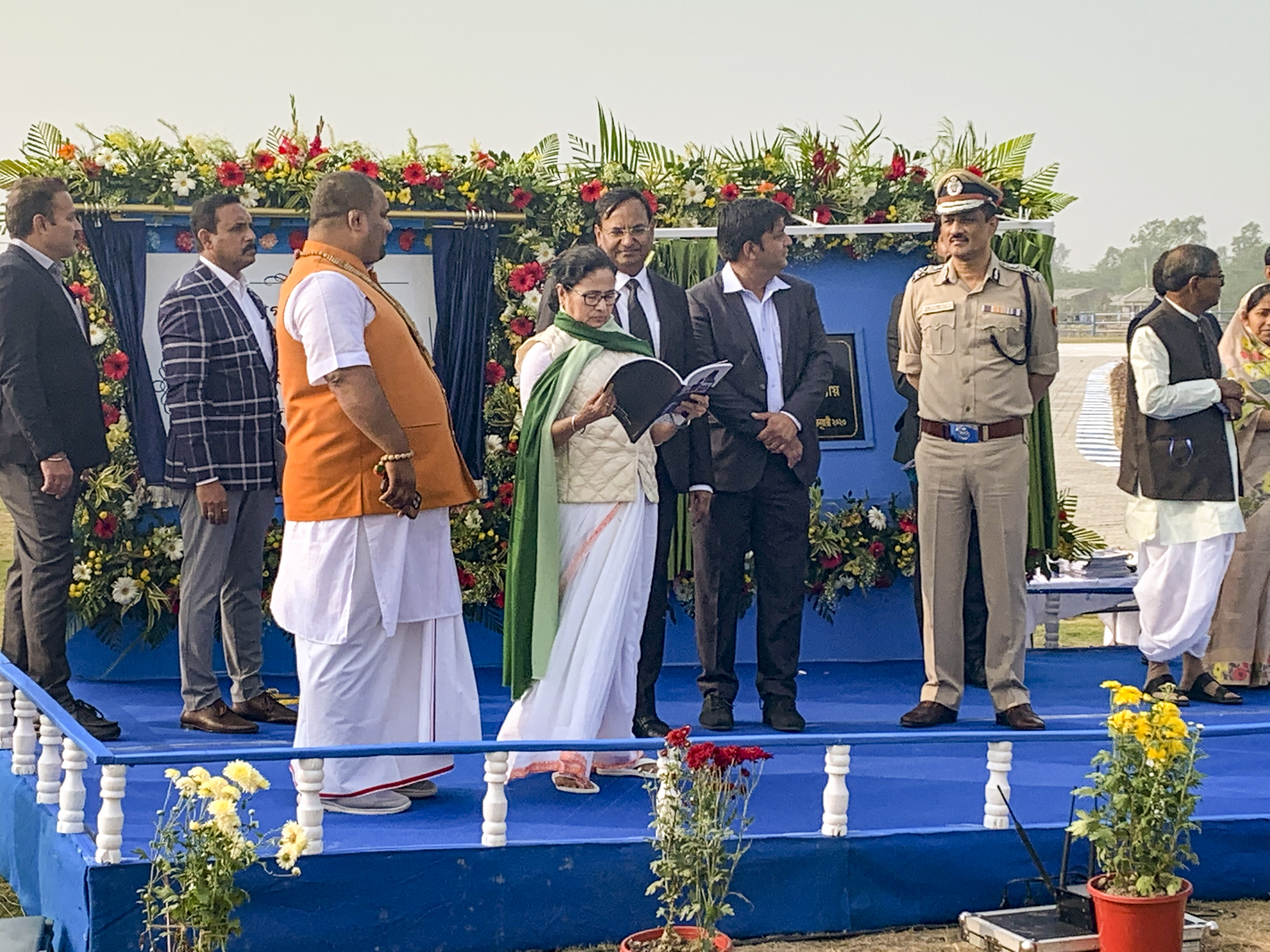 Mamata Banerjee inagurated new facilities for the Gangasgar Mela on Wednesday.Gangasagar, West Bengal: West Bengal Chief Minister Mamata Banerjee on Wednesday accused the central government of neglecting the annual Gangasagar Mela – among the largest religious gatherings in the world – which will be held next week in the state’s South 24 Parganas district.Unveiling the massive arrangements for lakhs of pilgrims arriving from across the country, Ms Banerjee alleged the centre only supported the Kumbh Mela in north India and demanded that it accord “national status” to the Gangasagar event.This year, the state government has built a helipad for the fair, besides colossal pilgrim shelters, thousands of toilets, a huge control room to keep watch along with thousands of policemen and appointed security personnel to assist pilgrims. A helicopter service is also in the works, Ms Banerjee said.The Chief Minister alleged that the Gangasagar Mela, one of the most sacred pilgrimages in Hinduism, is not getting support from the centre, even though the Kumbh is supported through funds and infrastructure.Ms Banerjee claimed her plea for a bridge to connect Gangasagar by road has been ignored and the Muriganga bridge has been pending for a long time. She announced that the state government will build it on its own if the union government refuses to help.”We have requested the GoI (Government of India) so many times, but there is no response. For Kumbh Mela, the UP government gets all help from the central government but for Gangasagar Mela, we did not receive a single paisa from the Government of India,” Mamata Banerjee said.”I will request them to declare it as a national mela, and then we can get some funds also from there. Whatever development you have seen is funded by the state government,” she added.Mamata Banerjee’s comment is likely to trigger off another political flashpoint. While the opposition BJP has tried to paint Mamata Banerjee as anti-Hindu, Mamata Banerjee has hit back, saying she believes in celebrating all religions. Her pitch for the Gangasagar Mela to be declared a national mela is also an effort to politically counter that attack by the BJP.Ms Banerjee offered puja at the centuries-old Kapil Muni Ashram, situated at Gangasagar, which will see lakhs of pilgrims converge over the next few days for a holy dip at the confluence of the holy Ganges and the Bay of Bengal.Featured Video Of The DayHaldwani Demolition Row Explained