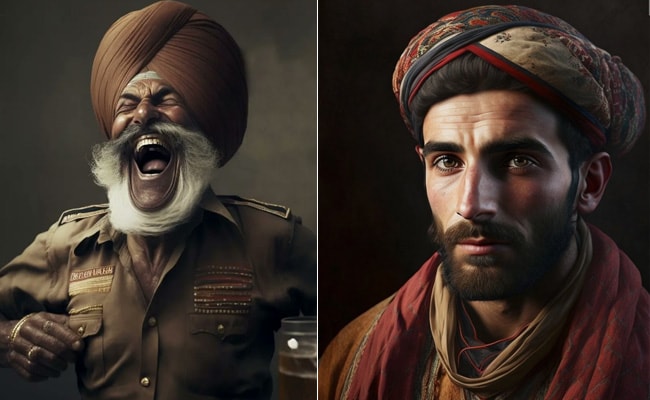 A man from Punjab can be seen dressed in what appears to be a police uniform with a matching turban.Social media is on an overrun with user-shared images of creative illustrations inspired by the popular Artificial Intelligence (AI) trend. Artificial intelligence has improved to a point where we can now create any type of image with little to no effort, thanks to various applications and softwares. Madhav Kohli took to Twitter to share the portraits. He has covered men from 17 parts of the country, including Delhi, Uttar Pradesh, Haryana, Kerala, Maharashtra, Bihar, Mizoram, Kashmir and West Bengal. Each portrait has a unique touch to it, representing the culture of each state.In case of Delhi, the AI-generated image shows a man smiling and wearing a hoodie – probably representing the chilly winters. Similarly, a man from Punjab can be seen dressed in what appears to be a police uniform with a matching turban. The Gujarat portrait shows a healthy man wearing a suit, capturing the look of businessmen in the state. Interestingly, the Goa portrait shows a man partying, with colour on his face and a drink in his hand. 5/ Goa pic.twitter.com/ur4AHfl7T7— Madhav Kohli (@mvdhav) December 27, 2022An old, bearded man, wearing white kurta pyjama, signifying the Rabindranath Tagore era is exhibited in the West Bengal portrait created by AI. A man clads a traditional Rajasthani hat with long, white moustache accessorising with glasses and earrings is created in the portrait belonging to the desert state. 11/ Haryana pic.twitter.com/1o7VcGQRzp— Madhav Kohli (@mvdhav) December 28, 2022One of the states which has produced many sports personalities for the country, shows a man wearing a white dhoti, with chiselled abs holding a stick. The AI image is heavily inspired from the movie, ‘Dangal’. In the case of the Kashmiri portrait, the man can be seen wearing traditional Kashmiri cap along with what appears to be a pheran.Click for more trending newsFeatured Video Of The DayThat’s Not How You Load A Gun. Video Of UP Cop’s Epic Fail Is Viral