Many locations around the world are home to mysterious legends, tales of ghosts, and even sightings of UFOs. However, New York’s Hudson Valley is undoubtedly one location that contains these strange accounts in abundance. And what’s more, these range from sightings of UFOs to Bigfoot and even the existence of ancient portals. Here are ten incidents that truly make the Hudson Valley one of the most fascinating and mysterious places on Earth.

Perhaps the best place to start would be the UFO wave that took over the Hudson Valley in the early-to-mid-1980s. Many of the sightings of these strange otherworldly crafts were often seen up-close, with the objects in question passing over highways or housing developments at an extremely low altitude. What’s more, most of them featured multiple witnesses.

A typical sighting, for example, would often see motorists pulling their cars to the side of a normally busy highway. Their occupants would then often leave their vehicles to stare upward at the aerial show taking place above them.

Quite often, the crafts were a distinct triangle shape. This, in recent years, has led some researchers to speculate that the sightings were not those of alien spaceships but of secret military vehicles. As we shall see later in our list, these sightings continued long after the actual wave ceased, albeit they were fewer and far between.[1]

Many paranormal researchers descended on the area. And with them came a multitude of theories and claims. For example, some believed that portals existed in the region, and these were responsible for the UFOs and strange beings that were being reported. There were even many claims of alien abduction taking place during this time. And the more the reports of strange activities surfaced, the more people with interest in such events arrived in Pine Bush in an attempt to see them for themselves.

Perhaps some of the more outlandish claims were that the area was “an exact replica” of the Cydonia region of Mars. Furthermore, this was the reason for the wave of strange activity. The sightings in the region continue today, but with much less intensity.[2]

Without a doubt, one of the most unnerving encounters to come out of the Hudson Valley is the strange and menacing entity in Room 4714. The chilling events took place in October 1972 at the then Scott Barracks at West Point, one of the most well-known military academies in the United States. It was also officially documented in one of the internal newsletters of the base.

Several of the cadets began to experience spooky goings-on. These included the moving of a robe as it hung on a peg as if by invisible hands, the unraveling of toilet paper, and the turning of the shower handle from warm water to ice cold and then to burning hot.

Unfortunately, after these acts of mischief, things took a more drastic turn. One evening, one of the cadets—Jim O’Connor—was walking out of the shower room where the strange events had occurred. However, something suddenly caught his eye. When he turned his head, he witnessed a strange man holding a 19th-century musket and dressed in clothes of the same era. More unnerving, though, were the glowing eyes. After several moments, the figure faded and was gone.

As the intensity of the events increased, the superior officers of the facility began to take them more seriously. So much so that they requested a “volunteer” spend the night in the room while they monitored the proceedings. As the night progressed, things began to heat up. Shortly after 2 am, the volunteer suddenly awoke to see the same mysterious figure in 19th-century clothing over top of him. What’s more, he could feel a crushing weight on his chest and was struggling for breath. As those watching the events ran into the room to assist, the spirit moved away and disappeared through the wall.

The room was ultimately put “off-limits,” and the case remains unsolved to this day.[3]

Several intriguing accounts also come from the stone enclosures at a place named the Whang Hollow Portal. Or at least by those who believe such a gateway exists there. The stone structure itself has been there for around 3,500 years and is thought to have been some kind of astronomical calendar.

However, according to some paranormal researchers, many who have ventured inside have experienced some bizarre things. And these range from hearing strange “flute-like” music to seeing strange, glowing red eyes peering at them out of the darkness and even the appearance of a strange, cloaked figure.

Perhaps one of the most bizarre incidents, though, was when one person who had stepped inside this apparent portal was prevented from leaving by some kind of invisible force field. Not only couldn’t they move through this strange shield, but they were physically thrown to the ground by it. Eventually, the strange force disappeared, and they escaped the mysterious stone enclosure.[4]

In more recent times in October 2007, the security cameras at the Elting Memorial Library in New Paltz appeared to capture footage of an otherworldly figure. The footage was recorded around 3 am in the days leading up to Halloween.

It appears to show a shadowy entity walking into the frame and standing near one of the bookshelves. It almost appeared as if the apparition was studying the books and did so for several seconds. It then moved out of the frame heading into a nearby doorway.

Millions of people went on to view the clip when it was posted on YouTube. And what’s more, there were many suggestions of who the ghostly figure might be. Perhaps one of the most popular is that it was the wife of Edmund Schoonmaker, who held the position of a librarian for over two decades. Paranormal researchers also point out that many other ghostly reports are connected with the building, especially when construction work occurs, which there was during the time the footage was captured. [5]

As we might imagine, such a place of bizarre activity would surely have several Bigfoot sightings to its name. And that is very much the case with the Hudson Valley region. Although many Bigfoot sightings have only been officially recorded since the mid-1980s, unofficial accounts and recollections of these strange creatures go back at least several decades before that. The woodlands and mountainous terrain within the Hudson Valley make it a perfect environment for a Bigfoot to reside.

What’s more, the fact that many UFO sightings are also reported here is of particular interest to some researchers. It is often found that UFO hot spots or waves of sightings often coincide with Bigfoot encounters.

In fact, there are so many Bigfoot sightings that the region has its own dedicated organization—the Bigfoot Researchers of the Hudson Valley—who record and document as many encounters as possible. [6]

One of the most intriguing areas of Hudson Valley is the Forest Park Cemetery, also known as the Pinewoods Cemetery. According to some, the entrance to Hell even exists here. As a result, many researchers insist that the cemetery is the “most haunted” in New York. And as such, it has many legends that are unique to it.

A regularly repeated legend is that of the apparent phantom female hitchhiker. This apparent spirit has been encountered by numerous people who happen to be driving past the cemetery. According to the legend, the unsuspected motorist will notice the young lady walking by the roadside, appealing for a ride. Then the motorist usually accepts and opens the door for the young lady to get in. However, as the vehicle passes the cemetery, the mystery girl will simply vanish into thin air. Some reports even speak of the motorist noticing the girl has hooved feet before she disappears.

There are a number of other reported sightings of ghostly figures. These include floating orbs and lights, hearing the sounds of children crying, and some completely visible apparitions.[7]

3 The Only Legally Declared Haunted House?

While there are several claims of haunted houses in the Hudson Valley, one, in particular, stands out. It is perhaps the only haunted house to be legally declared as such. The case arose in the early 1990s when the buyers of Helen Ackley’s home would take her to court to have the sale canceled and their deposit returned. The reason was they had since discovered that the house had seemingly been the center of hauntings and the appearance of ghosts.

Ackley had not informed her buyers of the hauntings, despite her having spoken of them in the media as far back as the late 1970s. She had even had her home included on local ghost tours for a time. What’s more, she described this paranormal activity in great detail. She would speak of hearing invisible footsteps on the stairs, possessions going missing, and even strange jewelry appearing out of nowhere.

The buyers won their case, leading to a change in U.S. law. It is now required that sellers of houses declare any untoward activity that has taken place there. And this ranges from murders and violent crimes to alleged cases of hauntings.[8]

2 The Many Other Haunted Hotels of the Hudson Valley

Several apparently haunted hotels are also within the Hudson Valley area. The Shanley Hotel, for example, is said to be home to a small plethora of paranormal happenings. Such things include hearing footsteps walking around the property and going up and down the stairs. Other people have reported being pushed or prodded with an invisible hand. Further still, some witnesses have reported seeing rocking chairs in some of the rooms rocking of their own accord—as if someone is actually sitting in them. Of even more intrigue, there have even been strange, glowing orbs captured on film.

Much the same can be said for Smalley’s Inn, which can boast plenty of the same strange activity. It is unclear what the cause of the paranormal activity is. However, some researchers point to the seemingly high number of child deaths that have occurred in the building, including some who died during childbirth.

Others, though, point to an apparent Ouija board party that took place in one of the rooms in the early 1980s. It was shortly after this ill-advised get-together that many believe the strange incidents and ghostly activity began.[9] 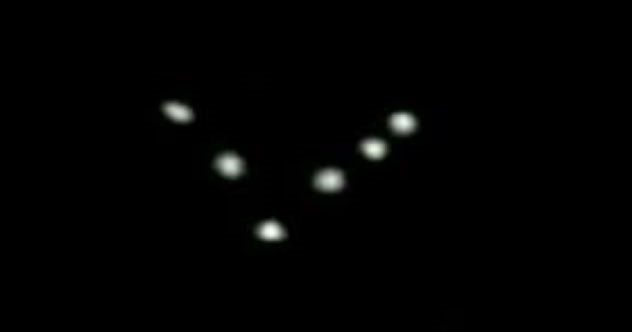 We started our list with UFO reports, and it is perhaps fitting that we should end it with one. The Arthur Kill River incident that took place in mid-June 2001 would see multiple residents of the region witness glowing orbs in a V-shape over the New Jersey Turnpike. Although some reports would state the orbs were individual objects and others would state they were part of the same, large craft, the fact that so many people witnessed them makes it one of the more credible UFO reports on record.

In fact, the incident was very similar to the kind of sightings that were witnessed regularly in the 1980s. For a short time, this even had UFO researchers and enthusiasts focusing their attention on the region once more.

UFO sightings continue to occur in the Hudson Valley region today, as do the reports of many of the other strange encounters on our list. There is little doubt that the Hudson Valley is not only one of the most serene and beautiful parts of the United States but also one of the strangest.[10]

Marcus Lowth is a writer with a passion for anything interesting, be it UFOs, the Ancient Astronaut Theory, the paranormal or conspiracies. He also has a liking for the NFL, film and music.

Video: 71-Year-Old Man Completing A 4,000 Km Trail In US Inspires The Internet