“Chakras” – if you’ve attended a yoga class, there’s a good chance you’ve heard it there. You might have even heard it in some movies or shows when they speak about the blockage or aligning of the chakras. Perhaps, someone has given you advice about working on a particular chakra. Regardless of how you were first introduced to chakras, hearing about it is a long way from knowing and understanding. Of course, you’re not the only one who may be new to this. In that case, let’s delve into the subject of chakras further.

The History Of Chakras

With the increasing popularity and awareness among the masses on yoga and philosophy, Chakras are now a familiar subject. 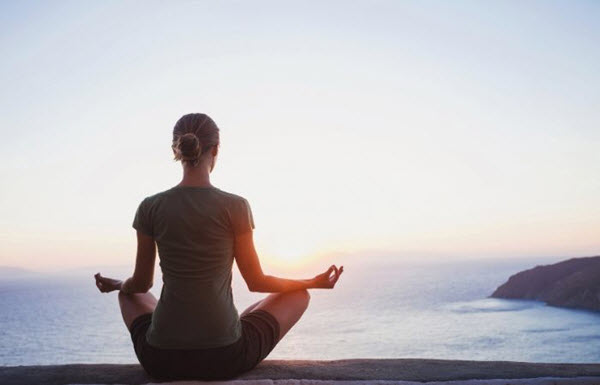 With its roots in the land of saints and yogis – India, chakras are a complex system of the ancient energy form. Initially, they found their mention in the Vedas (ancient holy manuscripts) several years ago.

The word ‘chakra’ denotes wheel. In Sanskrit, it is known as ‘cakra’ and it relates to the various points of energy within the body. They can be considered as the spinning disks that are the source of energy. The chakras are supposed to remain open and in alignment since they are the elements corresponding to the major organs in the body, bundles of nerves and those zones of the body that influence the physical and emotional health.

How Many Chakras Are There?

While there are some who talk about 114 chakras in number, running along your spine are 7 main ones and these chakras are the ones mostly referred to when they are mentioned.
Each of the seven chakras include a corresponding color, name, number, a particular zone of spine and focus on health.

Chakras can be called the energy centers found in the body. They are present alongside the spine within the astral body. They start from the bottom of the spine and go upwards, towards the crown part of the head.

As each chakra corresponds to the physical, emotional,spiritual, and psychological facets of the life form, it is so explained that any malfunction or blockage in these chakras may result in disorders that may be physical, emotional or psychological by nature. On the other hand, when there is a conscious awareness and these chakras are balanced, it is said to result in sound health and well-being of the individual. And so, asana practices aim towards the stimulation and balancing of these energies in the body.

The Seven Chakras – How To Balance And Stimulate Them 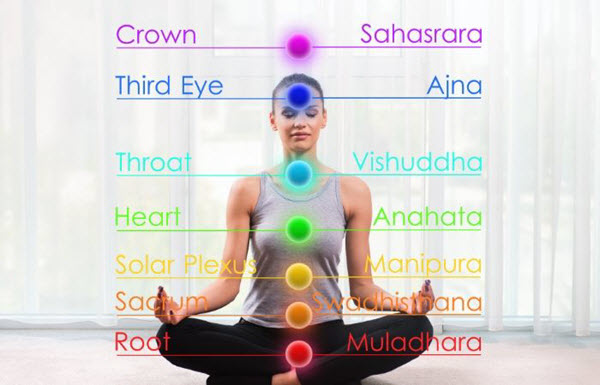 Muladhara Chakra or root chakra is found at the bottom of the area of the spine. It is located at the base of the spine amid anus and genitals. The color radiated by this chakra is red and the element it characterizes is the earth. The emotions of self-sufficiency, ambition, stability and survival characterize it.

When there is an imbalance of this chakra, feelings of instability, lack of any ambition or purpose, insecurity and fear and frustration emerge. On the contrary, when this particular chakra is balanced, the individual feels balanced, stable, energetic, confident, strong and independent!

The postures that work to balance this chakra are: Mountain pose or Tadasana and Tree Pose or Vrkshasana.

Situated along the lower abdomen, the Swadishthana Chakra represents the second chakra. Orange is the color that it radiates, characterizing the element of water. This chakra features the fundamental needs of self-worth, creativity, desires and sexuality. An imbalance in this chakra results in lack of energy, dearth of creativity, emotionally explosive feelings and obsession with thoughts that are sexual.

However, a balanced Swadhishthana Chakra may yield positive feelings coupled with intuition, compassion and satisfaction. This chakra can be worked on by the practice of the balancing asanas such as Triangle Pose (Trikonasana) and Crow Pose (Kakasana)

Seated above the area of navel, Manipura Chakra or Solar Plexus Chakra characterizes the element of fire and therefore, the color radiated by this chakra is yellow. The energy and emotions of aggression, anger and ego are the features in this chakra. When there is an imbalance in this chakra, the consequences reflect physically via liver problems, digestive issues or diabetes.

It can also have the emotional reflections in the form of depression, low or no self-esteem, perfectionism and anger. Balancing of this chakra brings about energy, focus and confidence in the individual who is seen to be more productive. One can work on this chakra through asanas such as Bow Pose (Dhanurasana), Cobra Pose (Bhujangasana), and Forward Bend (Paschimottanasana).

Anahata Chakra, or Heart Chakra, as so implied by the name itself, is situated in the region of the heart. It is represented by the color green and characterizes the element of air. This Chakra features the emotions such as compassion, love, passion, attachment and trust.

When there is an imbalance in this chakra, emotion-related problems such as anxiety, lack of trust, fear and jealousy, anger and so on emerge in the individual. A harmonizing of this chakra leads to feeling more optimistic, motivated,friendly, compassionate, caring and understanding. Some of the poses that help in balancing the Heart Chakra are Fish Pose (Matsyasana) and Half Bridge Pose (Ardha Setubandhasana)

This fifth Chakra is found on the base part of the throat. It is represented by the color bright blue and characterizes the element of space. The throat chakra features the ability to communicate, faith, expression and inspiration.

An imbalance in this chakra may lead to lack of expression of thoughts, weak feeling, quietness and timidity. The balance of this chakra results in positive expression of self, satisfaction and creativity. Poses such as Plough Pose (Halasana) and Shoulderstand (Sarvangasana) stimulate the throat chakra.

Ajna Chakra (pronounciation – ‘Agya Chakra’) is situated amid the eyebrows. Represented by the color indigo blue, the chakra is element free. This chakra is applied often as a point of concentration or focus while practicing asanas. This is to enable greater awareness and concentration.

It has been mentioned that when one meditates on the Ajna Chakra, it lets one get rid of his past life karma while liberating him from it and provides intuitional know- how. Its characteristics include self-knowledge, understanding, intuition, insight and intelligence . An imbalance in this chakra may lead to problems of physical nature such as eye strain, blurry vision and headaches.

One might get feelings of ego or, in contrast, being non-assertive or apprehensive about success. The balancing of this chakra leads to freedom from the attachment to the materialistic aspects of the world and a fearless attitude towards death. The asana Headstand (Shirshasana) stimulates the third eye chakra.

Situated in the crown region of the head, the Sahasrara Chakra is the seventh chakra. This particular chakra also does not characterize any element and is represented by the color white and/ or violet. This chakra is considered the core of energy, dynamic thought, enlightenment and spirituality. It paves way for the cosmic consciousness and internal surge of wisdom. When not in balance, feelings of frustration, lack of joy and destructive thoughts might manifest. This chakra can be balanced through the practice of Headstand (Shirshasana).

Yoga and the Chakras

As per spiritual science and traditional Indian medicine, the physical body is not only composed of organs, muscles and bones. Rather, there are energy layers surrounding this physical body, which are interlinked metaphysical levels that generate the electromagnetic field of the body – the aura . It has been referred to as the “spiritual body,” “etheric body”, “light body,” or also called the “subtle body”.

Yoga For The Chakras

Each of the chakras utilize yoga as a basic means to balance themselves out as the alignment is created within the physical body through this art form. The subtle body can be rebalanced by practicing the asanas or postures which help to balance the physical body and stabilize it. The chakras are, thus, realigned and the behaviour can be regulated to cope with the outdated patterns, habits and beliefs.

The regular practice of yoga is an enjoyable journey that can lead you to the path that will align your chakras. It is yoga and meditation which can help in the balancing of the physical, mental and spiritual being within. Your energy centers will get purified, thereby fostering a sound health, well-being and happy life.

On a serious note, to learn more about chakras, how to perfect them and gain their invaluable insight, you can join a yoga school in India – the birthplace of yoga. There are conducting yoga teacher training programs that will enlighten you on this subject along with other essential aspects of yoga, while also letting you gain a rewarding career in the field of teaching yoga. So, create a life changing experience through a comprehensive yoga course and look forward to a life with positivity and enthusiasm.

“Your vision will become clear only when you look into your heart. Who looks outside, dreams. Who looks inside, awakens.” – Carl Jung

How to Unlock Your Car’s Steering Wheel

How to Unlock Your Car’s Steering Wheel