This article is about my Dad – Synco Schram de Jong – who loved to draw the old villages and landscapes during our holidays in France in the 1960s. So in this article you will be looking at France through my Dad’s eyes. My Dad was an Artist and a Teacher of Art during his life. Painting and Ceramics were his passions.

When my dad passed away in 1984, my sisters and I divided his paintings and drawings among us three and I inherited his very early work (when he was about 20 years old), his early portrait studies and his French village and landscape drawings.

The French drawings were mostly made during our annual vacations throughout France, during the years 1965 – 1980. Actually they were all studies, quick sketches and most of the time he used a black waterproof felt-tip pen to sketch with and black conté crayons for the shading.

It is not allowed to copy or use the photos in this article in any way without my specific consent. All originals drawings are in my possession and I am the sole copyright holder

My Dad Was a Painter and a Teacher

My dad was born in the city of Nijmegen (The Netherlands) on March 9, 1910. After attending elementary and secondary school, he went to the Academy of Art in Amsterdam and specialized in painting and drawing. He married my mom in 1938, was an officer in the Dutch Army during WW2 (had to go underground for several years) and served again in the Dutch 4th Battalion Garde Regiment Grenadiers (4 GRG) during the independence war in Indonesia (1946-1949).

When he came home in 1949, he had to support the family and being an Art teacher wasn’t an option at that time. He got a job at the Philips Factory in Eindhoven, so we moved to there, but office work wasn’t quite his kind of thing and he decided to join the army again as a Reserve Officer. In my country Army Officers and their families don’t live in army compounds, so my dad was away during the week and came home on weekends.

In 1954 he got a job as a Teacher of Art at a Secondary School (something like the High school in the USA) and we moved to a big house in Aardenburg in the part of the Province Zeeland called Zeeuws-Vlaanderen (Sealandic Flanders).

There is where my article about the French Landscape Drawing starts, because it was then in the 1960s that we started to spend our holidays in the beautiful France.

Entrechaux is a small village in the region the Provence in France. It’s dominated by the Mont Ventoux and situated at the river Ouvèze and Toulourenc. The nearest city is Vaison La Romaine.

I searched and found a photo on Google Earth, made by Victor Rajic, which was taken from almost the same position from where my dad made his drawing. 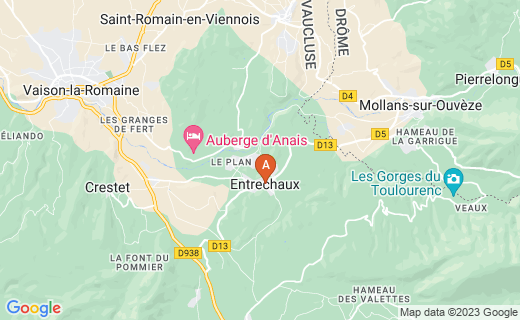 A Little Tour Through Entrechaux

Dourlers is a small village in the Northern region Nord-Pas de Calais. I found some information on Wikipedia. It was in French so I translated it to English.

Finally found some info in French too, which roughly translated says:

Dourlers is a small village, situated in the Northern Department in the region Nord-Pas-de-Calais. The community spreads over 8,7km2 and counts 551 local inhabitants (according to a population report of 1999). It is situated at an altitude of 168 meters and three streams by the names of Marquettes, d’Eclaibes and Buchemont, are passing through this small village.

We never took the big roads on vacation, but always the small country roads, which brought us through very small villages like Dourlers. 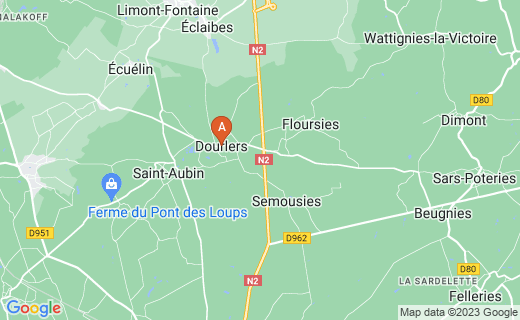 For Those Who like to Fish on Trout in a Pond

It’s in French, but she telling us about the fishing pond and how it works. I myself am a fanatic fisher on trout and salmon in the ponds, because they don’t swim in the wild in my country. Even in a pond they’re still hard to catch. You just have to ‘read’ the water and figure out where they are. This pond is called L’Etang de la Buse; you can look it up in Google.

Locquénin is a small harbour village situated at the South Coast of Brittany (Bretagne) in France. I couldn’t find much information on the internet about this little village other than that there seems to be two cities or villages called Plouhinec: Plouhinec-Finistère and Plouhinec-Morbihan. Don’t know which one are the drawings of, it’s been about 50 years ago when I was there with my dad. 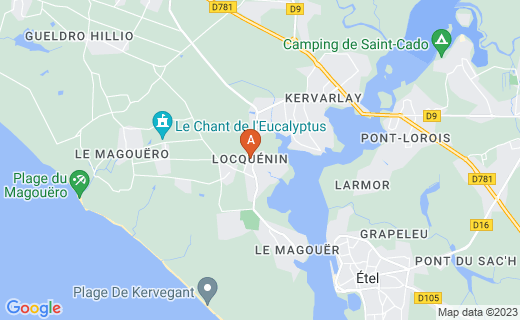 As you can see on this photo, Courtil is a tiny spot in that big France. At the time my Dad was there and made this drawing, it had a population of about 170. It’s located near the river l’ Aisne.

The biggest city in the neighbourhood is called Soissons. 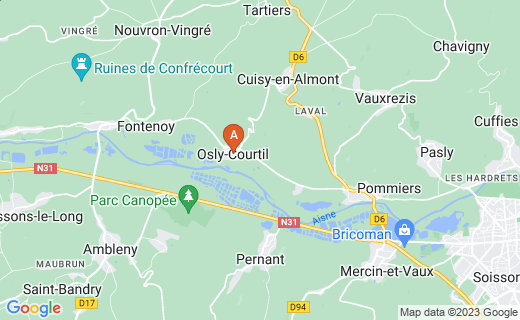 A Tourist Tour Through the Region of Picardy

Way down the Southeast of France you’ll find a lovely little Village called Le Caylar. According to information on the web, it has about 500 inhabitants. It belongs to the ‘Causse de Larzac’ a limestone karst plateau, which is located in the South of the Massif Central.

It says on his drawing that my Dad has been there in 1970. I was not with them on this trip, because I had travelled to Canada the year before after finishing my study of Textile Art, moved to the USA a few months later and got married to my hubby on October 4, 1969 in Rockville, MD. We came back to The Netherlands in Spring 1970. 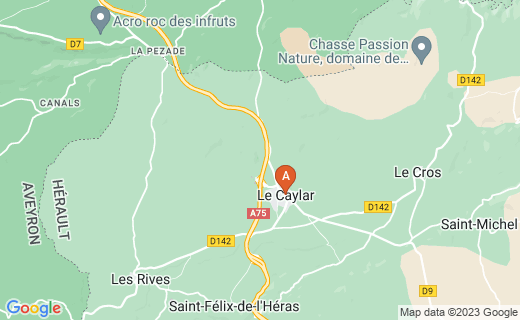 Very Nice Video of a Walk Around Le Caylar

Montoulieu is situated at the heart of a valley, surrounded by the mountains of Thaurac, the lower foothills of the Cevennes Mountains and the forest of Monnier.

Today the main income is coming from the tourists and the agriculture. You can find many local products in Montoulieu and the village’s main objective is to preserve the natural environment, which of course is very important. Montoulieu is the starting point for many backpackers. You can walk, climb, canoe, mountain biking and paragliding and there are lots of good accommodations. You can find fossil museums, menhirs (aha that makes me think of the lovely books of Asterix and Obelisk, but they lived in quite another region) and dolmens.

In short: it’s a paradise for all sportive people. 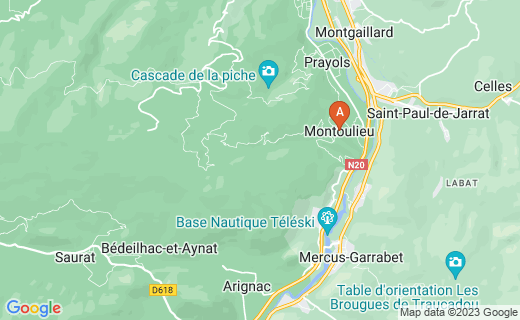 They Love Good Food in Montoulieu – but We Already Know That the French People Love to Eat.

The name of this village reminds us the of the name of Saint Ronan of whom they say has been preaching here in the 6th century. Each year on the second Sunday of July a pelgrims festival is held in the village, called the small Troménie. Every 6 years (next will be in 2019) a big Troménie is held between the second and third Sundays of July. A pelgrimage of about 12km. (7 miles).

Locronan as I remember it, is a beautiful fishermen’s village, located at the bottom of a hill. It was the first time ever that I tasted savoury pancakes filled with mushrooms. They must’ve made a deep impression as I rember them well after about 50 years. 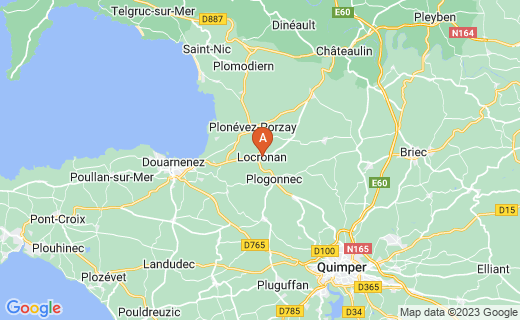